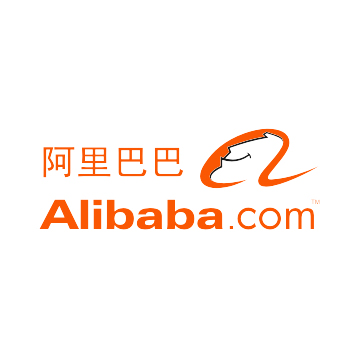 Global e-commerce  firm Alibaba has taken down its online listings that advertise the sale of fake cigarette stamps, in response to last month's request by Finance Secretary Carlos Dominguez III, and assured the Philippine government that it will continue to exercise vigilance in screening its platforms to weed out such illicit ads. “We are aware from the public media that you recently disclosed an alleged selling of digitally printed fake cigarette tax stamps on our Alibaba.com platform and sent a personal letter to our chairman Jack Ma,” Jin Jianhang, president of the Alibaba Group, said in his letter to Dominguez dated March 30. "We would like to show our great appreciation in advance that you brought us into attention of this highly important issue.” “After an extensive search taken by our security and platform governance teams, such listings have been taken down from both our Alibaba.com and AliExpress sites. We continue to screen our platforms for the items in question, and once found and their illicit status established, such items will continue to be removed in the future,” Jin added in his letter. In a March 10 letter to Alibaba chairman Jack Ma, Dominguez requested the Chinese e-commerce leader to cooperate with the Philippine government in its campaign against tax cheats by taking down, and prohibiting, advertisements on the sale of digitally printed fake cigarette tax stamps from its online selling platforms. “Advertising and selling of fake tax stamps in the open, through your company’s web portal, provides so much room and easy access for individuals and entities to evade excise tax on cigarettes in the Philippines. Consequently, this will make it much more difficult for the [Bureaus of Internal Revenue and of Customs] to curb excise tax evasion, and cigarette and fake tax stamp smuggling to our country,” Dominguez said in the letter, a copy of which was sent to Chinese Ambassador to Manila Zhao Jianhua. In his letter, Dominguez likewise informed Ma of President Duterte’s directive to actively pursue individuals and entities evading taxes and duties, including excise taxes levied on cigarettes. Responding to Dominguez’s request, Jin assured the Finance Secretary in his letter that “all of our marketplaces forbid the listing or sale of illicit items, including fake tax stamps.” “Regardless on which platform the transgression takes place, infringers face penalties, including permanent store closure. Additionally, we continue to encourage users of our marketplaces and other stakeholders, be they rights holders or government agencies, to make use of the tools available on our platform for reporting infringing items,” Jin said. Jin thanked Dominguez for calling Alibaba’s attention to the illicit sale and  said that Alibaba  “appreciate{s] the work that you do and value the cooperation of the Philippines government to thwart the sale of illicit items on e-commerce platforms.” “We will continue to invest in improving and refining Alibaba's notice and takedown processes, which are fully aligned with our corporate values and business mission,” Jin said.