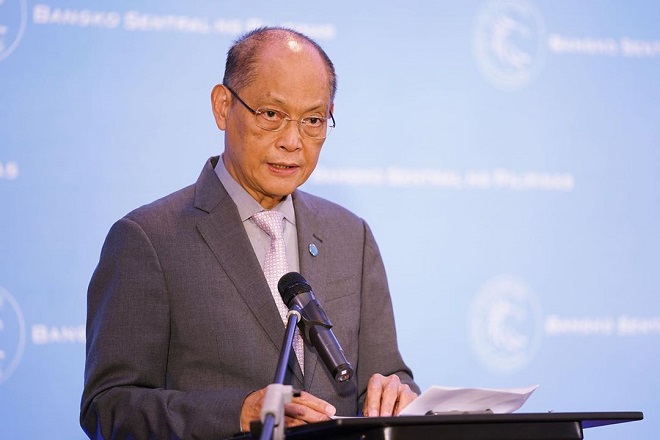 The Bangko Sentral ng Pilipinas (BSP) on Sunday reminded the lending agencies that there should be no “double interests” under Bayanihan to Recover As One Act’s one-time 60-day grace period in loan payments.

In a radio interview, BSP Governor Benjamin Diokno said the one-time 60-day grace period is given for the payment of loans on banks and non-banks without quasi-banking functions, non-stock savings and loan associations.

“Based on the law, if you have payments effective September 15, you will be given a two-month grace period. So, your September (payment) can be paid in November,” Diokno said.

“Double interest is not allowed...you will still pay for the interest but there should be no interest on interest,” he said.

The BSP governor said the 60-day grace period is non-extendable and should be given to those who have loans for their housing, car, salary, and credit cards, as well as with Government Service Insurance System, Social Security System, and pawnshops.

“Interest should not be free because you borrow so you need to pay it. But if (the payment) is too much, you can talk to the bank to ask to extend the period of payment,” Diokno said.

He also reminded the banks, companies, and financial institutions that there is an imposed penalty under the Bayanihan 2 if they refuse to give a 60-day grace period.

BSP earlier requires all covered institutions to implement a mandatory, one-time, 60-day grace period to all loans that are existing, current and outstanding, falling due, or any part thereof, on or before December 31, 2020.

Last September 11, President Rodrigo Duterte signed the Republic Act No. 11494, or the Bayanihan to Recover as One Act. Ella Dionisio/DMS