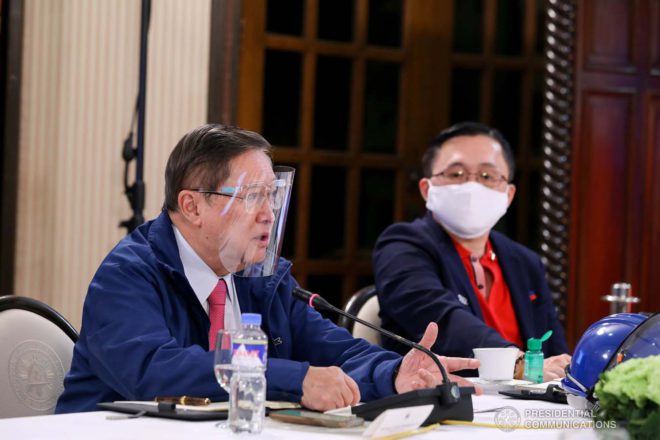 Economy has started to recover–Dominguez

The Philippine economy is starting to recover after hitting its "lowest" when most parts of the country were placed under a lockdown, Finance Secretary Carlos Dominguez III said.

Dominguez, in a taped meeting with President Rodrigo Duterte on Thursday night but was aired on Friday morning, said their estimate was April and May was the "lowest part" of the economy.

President Rodrigo Duterte placed most parts of the country under the enhanced community quarantine or lockdown from mid-March to May to contain the spread of coronavirus disease. Under ECQ, movement of the people were restricted.

"The economy actually is already beginning to recover...it's already picking up now and we are going to be seeing a pick up in the - in business activity as we go on," Dominguez said.

But he noted the problem on transportation and the need for the people to spend their money.

Public transportation, such as buses, rails and jeepneys, are allowed to operate up to 50 percent capacity only to ensure physical distancing.

The Department of Finance chief, however, said there is no problem about liquidity.

"In other words, we have the money...the economy is not short of money," he said.

He also cited the "relatively" low inflation rate, which is within the government's target of 2-4 percent.

"Our peso is the strongest in Asia. The strongest currency in Asia is the Philippine peso. It's stronger than the Japanese yen," Dominguez said.

"So people have faith in us. We are able also to finance it by borrowing locally and also borrowing internationally. So we are in good shape to take this --- to overcome this crisis," he added. Celerina Monte/DMS