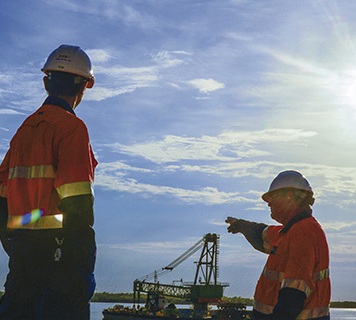 TEHRAN- Japanese firm Inpex Corp. has started intense negotiations with National Iranian Oil Co. to develop the Azadegan oil field in southwestern Iran and is a strong candidate for the tender, a high-ranking Iranian official said Tuesday. "Inpex has signed a memorandum of understanding for developing the Azadegan oil field last June, and as the six-month opportunity for studying the project has finished, Inpex is supposed to submit the final proposal soon," Noreddin Shahnazizadeh, managing director of Iran's Petroleum Engineering and Development Company said in an interview with Kyodo News. Inpex -- which previously held a stake in the project, but pulled out in 2010 amid U.S. sanctions on Iran -- was the first foreign company to sign an MOU last year over the Azadegan oil field, one of the largest in the world. But it has four major rivals -- Total SA, Royal Dutch Shell Plc, Petroliam Nasional Bhd (Petronas) and China National Petroleum Corp. -- which have also already started their assessments and submitting proposals. "Inpex is one of the good names in the oil industry and as it has past experience and data regarding Azadegan, it is one step ahead compared to its rivals and has a chance to win the Azadegan tender," he said. Japanese companies have previously encountered major obstacles doing business in the Iranian oil and petrochemical industries. A multibillion-yen petrochemical project by Iran-Japan Petrochemical Co. came to an end in 1991 without ever getting off the ground due to the prolonged Iran-Iraq war. In 2010, Inpex, which had a 75 percent stake in a development project in Azadegan, was forced to withdraw from the project amid toughening U.S. sanctions on Iran over its nuclear program. "There is no remaining conflict between Iran and Japan from the past over Azadegan. We understood Inpex's situation when they were forced to leave the project, and now they are welcomed again," Shahnazizadeh said. According to Shahnazizadeh, Total has already handed over the final proposal for the Azadegan development project, while Inpex and CNPC will submit their presentations soon. The international tender is expected to be conducted around the first quarter of 2017 and the contactor will be chosen by summer. Technical, financial and recovery factors will determine the winning bid, he said. The West Karoon petroleum area including the Azadegan andYadavaran oil fields has a contract value of some $25 billion, with a 67-billion-barrel deposit of crude oil. About $9 billion has already been invested in West Karoon, but the PEDEC managing director stopped short of specifying how much the Azadegan contract alone is worth. After Iran inked a landmark deal with world powers in 2014 to limit its nuclear activities in return for an end to crippling economic sanctions, international companies started negotiations to return to the Iranian market. Only companies that Iranian authorities determine as contributing to the transfer of modern technology to Iran are recognized as "qualified." "Iran expects Japan to transfer and apply the use of modern technology in exploration, drilling and recovering to increase the rate of recovery, which is the most important criteria for Iran," Shahnazizadeh said. During heavy sanctions from 2010 to 2015, Iran's oil production fell to nearly 1 million barrels per day. Japan nevertheless remained the third-largest importer of Iranian crude oil, after South Korea and China. Japan was also the only country that accepted the insurance risks at that time and transferred oil from Iran with its own vessels, a move that the Iranian official described as "unforgettable loyalty." The Japanese government lifted its sanctions on Iran last January and signed a bilateral investment pact the following month in a bid to help Japanese companies do business there amid intensifying foreign competition for access to the Iranian market. Also in February, the government-backed Japan Bank for International Cooperation and Nippon Export and Investment Insurance gave Iran a credit line of up to $10 billion. Unlike with Japan, Iran has not had friendly relations with the United States since the Islamic Revolution of 1979. Iranian officials said they hope political issues, especially recent changes in the United States, would not have negatively impact cooperation between Iran and Japan as in 2010. "I believe we will have a very close and friendly relationship with Japan in the oil sector in the future, as long as a third party doesn't affect our relations negatively again," Shahnazizadeh said. Apart from Inpex, which is the only Japanese company that has signed an MOU in Iran's oil upstream, five other Japanese companies are recognized as qualified to participate in downstream projects like petrochemical and refinery. "Mistubishi Corp. and Mitsui & Co. have signed MOUs with Iran for downstream (projects)," Shahnazizadeh said. After the lifting of sanctions, the speed of Iran's oil production increased incredibly and reached 3.5 million barrels per day within nine months, returning to the same level as in 2011. Oil industry officials aim to keep increasing output in coordination with multinational companies. The Azadehan oil field is located 80 kilometers west of Ahwaz, which is southwest of Tehran and close to the country's border with Iraq. The area of the Azadegan oil field is 900 square kilometers and its deposits of crude oil are estimated at 26 billion barrels. (Mohammad Gharebag. Kyodo News)