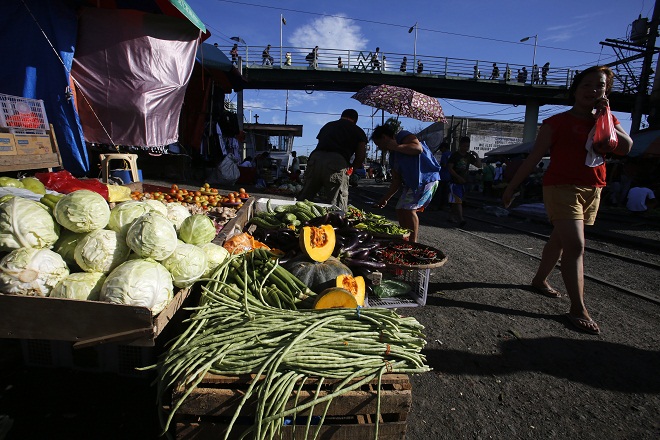 The Philippine economy contracted by 11.5 percent in the third quarter due to the strict restrictions that the government once again enforced in Metro Manila and a few other areas in the country, officials said on Tuesday.

But the economic team expressed optimism that the "worst is over for the country."

"The smaller GDP contraction of 11.5 percent in the third quarter from a contraction of 16.9 percent in the second quarter indicates that the economy is on the mend. The path is clearer to a strong bounce-back in 2021," according to a joint statement of the economic managers read by Acting National Economic and Development Authority Director General Karl Kendrick Chua during a virtual press conference.

Aside from Chua, the other members of the economic team are Finance Secretary Carlos Dominguez and Budget Secretary Wendel Avisado.

Chua said the double-digit drop in July to August period was not surprising given the implementation again of modified enhanced community quarantine in the National Capital Region and neighboring provinces, and Cebu City, which together account for about 60 percent of the Philippine economy.

MECQ is the second most stringent quarantine classification being enforced by the government to contain the spread of coronavirus disease.

Metro Manila, Cavite, Laguna, Bulacan, and Rizal went back to MECQ for two weeks last August following the request of medical frontliners for timeout after they were overwhelmed by COVID-19 cases.

Chua said the public transportation was also restricted during the third quarter.

Citing NCR, he said that some 58.2 percent workers were allowed to resume to work in September, but public transportation was only able to accommodate 35.5 percent due to social distancing rules.

This, he said deprived some 22.7 percent of workers in Metro Manila to go to work.

But on a quarter-on-quarter basis, Chua said the economy grew by 8 percent in the third quarter, "reflecting the return of economic activities as the quarantine was eased."

For the third quarter, of the three major sectors, only agriculture posted the positive growth at 1.2 percent. Industry recorded the steepest decline at 17.2 percent, while services shrank by 10.6 percent.

National Statistician Undersecretary Dennis S. Mapa, in the same virtual press conference, said that with the plunge of GDP in the third quarter, the full year -5.5 percent target economic growth was no longer feasible.

He said the fourth quarter should grow by 6.6 percent in order to meet the -5.5 percent target for this year.

Chua said the economic team will "reassess" the targets for 2020 and next year following the third quarter contraction.

"Immediately after this, the DBCC (Development Budget Coordination Committee) process will start to reassess where we are and we will report it as soon as we have done the reassessment given the latest figures," he said.

Part of the reassessment will be the impact of the typhoons, including "Rolly," that recently struck the country.

For the economy to recover, Chua said one of the policies of the government is not to impose anymore strict quarantine measures in a large scale.

"Coming to the fourth quarter, one of the policies approved by Cabinet is that we will no longer have a reversal or more stringent quarantine as our response to possible surges in (COVID-19) cases. Instead, we will pursue strategy wherein we will impose for enhanced, the implementation for the minimum health standard and if needed as a last resort, resort to the localized lockdown," he said.

He said they expect the fourth quarter GDP to be better compared to the previous quarters.

"As the government pursues efforts to avoid virus surges while easing restrictions on businesses and transportation, the economic team is hopeful that Congress will do its part to help the economy bounce back faster by passing the pending recovery bills within the year," he added.

Among the priority measures that the executive hopes to be approved by Congress are the 2021 General Appropriations Act (GAA), the Corporate Recovery and Tax Incentives for Enterprises (CREATE) Act, the Government Financial Institutions Unified Initiative to Distressed Enterprises for Economic Recovery (GUIDE) Act, and the Financial Institutions Strategic Transfer (FIST) Act.

Specifically, CREATE aims to lower the corporate income tax outright from 30 percent to 25 percent as soon as it is made effective. Celerina Monte/DMS