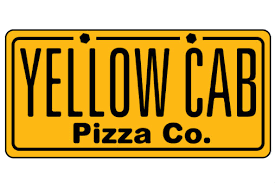 Yellow Cab Pizza will be opening branches in Brunei and East Malaysia. Max’s Group, Inc. recently signed a development agreement with YTT Sdn Bhd to establish at least 10 Yellow Cab Pizza stores in Brunei and East Malaysia within five years, a disclosure to the Philippine Stock Exchange said Tuesday. “This proves the enormous mainstream appeal of Yellow Cab Pizza in the global stage. We are excited with the opportunity to serve the flavors of New York to the people of Brunei and East Malaysia. Looking ahead, we will continue to further unlock the brand’s potential in other markets,” said Max’s Group president and chief executive officer Robert Trota. This marks the second development agreement secured by Max’s Group, Inc. for 2017, resulting to a total international pipeline of around 140 outlets set to open in the coming years. Trota said the flagship store will be in Brunei and is slated to open in the third quarter. Yellow Cab Pizza operates 150 branches, including eight franchised outlets located in Qatar, two in United Arab Emirates, one in Saudi Arabia, two in China, one in Hawaii and one in Singapore. Plans are underway to open flagship stores in Vietnam, Jordan, Kuwait, Bahrain, Egypt and Oman. DMS