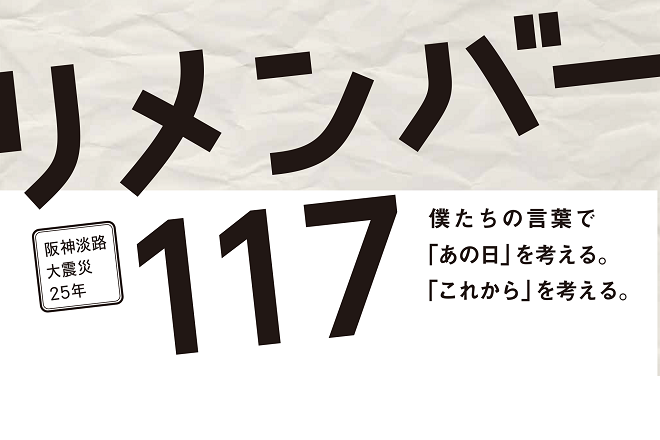 Kobe- Young people without firsthand experience of the 1995 Kobe earthquake are learning to understand the threats of disasters on a personal level through writing articles about them for a special website.

A total of 27 high school and university students born after the Great Hanshin Earthquake, which marked its 25th anniversary on Friday, write for the "Remember 117" website launched mainly by the Hyogo prefectural government in western Japan.

Topics, selected freely by writers, range from "disasters and cashless payments" to "volunteering and job-hunting." The students receive advice from a professional editor as they use the opportunity to think about natural disasters.

One such writer, 20-year-old Ikumi Hara from Kobe in Hyogo, said she did not think much about disasters until writing about them made her begin to understand their significance.

The second-year student at Kobe Women's University said she would sing "Shiawase Hakoberu Yo Ni," a song written to pray for recovery from the 1995 quake, every anniversary at her elementary school in the city. However, she did not think much about the disaster, only noting that it was the time of year to sing the song.

She also had never asked her mother or grandmother about their experiences as disaster victims.

Hara learned about the Remember 117 project on her university's website, when she was looking for something to do after quitting track athletics. She chose to write about "the earthquake and working women," as she grew up in a single-mother household and she attended an all-girls university.

Hara first spoke with her grandmother, 75-year-old Makie Fujita. Fujita was running a dry cleaning shop from her home in Kobe at the time of the disaster.

Large amounts of clothes were brought to Fujita's shop after the quake due to prolonged water outages, forcing her to work frantically every day, Hara said. The grandmother also talked about human chains formed to carry water in buckets from a river to flush toilets, riding trains to use the bath at a relative's house, letting other disaster victims stay at her home and being helped by volunteers.

Hara said she learned a side of her grandmother, whom she calls by her first name, that she had never seen before. The experience led her to think about helping people in need and to join a volunteer program at a disaster site.

Hara also wrote about her experience volunteering to collect donations last December for the Kobe Luminarie, a light show serving as a memorial event to remember the victims and pray for reconstruction. She intends to write more articles about working women.

"I hope people my generation will see it," Hara said of her writing. "I hope to spread the importance of never forgetting (about the disaster.)" Jiji Press