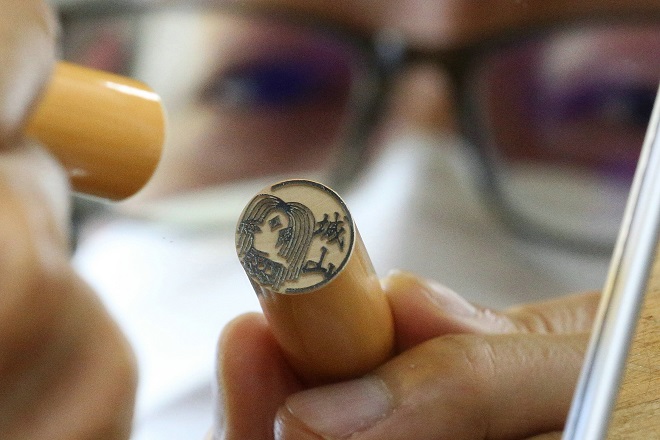 The use of hanko seals and signatures will be scrapped for 93 types of documents and reports, effective on Friday, the sources said.

The move is expected to encourage foreign invest in Japan as the documents and reports include the prior notification that foreign companies are required to submit to Japanese authorities before they invest in publicly traded Japanese firms related to the country's national security, the sources said.

The ministry's decision came after the government's economic and fiscal policy guidelines, adopted in July, spelled out a plan to end hanko use in administrative procedures in general.

"The ministry aims to allow various documents to be filed online," a senior official said.

Beginning June this year, the government obliges foreign investors to submit prior notice if they take a stake of 1 pct or over in Japanese companies engaging in arms and aircraft production or nuclear power operations, up from 10 pct or more required previously. Jiji Press