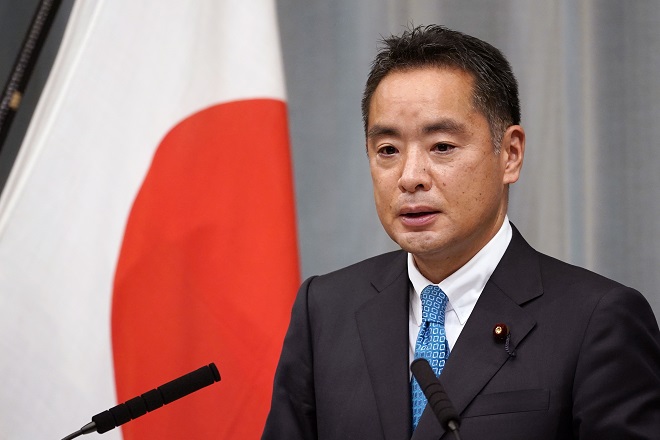 Tokyo- Shinji Inoue, Japanese minister for the 2025 World Expo, has pledged to take the leadership in boosting the momentum for the event, set to take place in Osaka Prefecture, western Japan.

In a recent interview, Inoue said that he visited Osaka, part of the Kansai region, three times after assuming the ministerial post about a month ago and that a lot of people there are pinning high hopes on the event.

"We need cooperation from other prefectures in Kansai as well," he said, adding, "The entire nation needs to work for the success of the expo, and I'll work at the forefront."

The World Expo, to be held on the manmade island of Yumeshima in Osaka Bay, will be "a precious opportunity to let the world know about Japan's attractions," Inoue said. "We should try to do many things by utilizing digital technologies, such as the internet of things, or IoT, and artificial intelligence," through the event, the minister said. Inoue also promised to make the 2025 event something that will be remembered for decades.

He said that setting up satellite venues outside Osaka for the expo will be "one option" to boost the momentum in the entire country. "We'll study the option while hearing opinions from other prefectures in Kansai," Inoue said.

Inoue doubles as science and technology policy minister, a position in charge of overseeing the Science Council of Japan. Recently, Prime Minister Yoshihide Suga drew criticism for rejecting six nominees for the council.

"Academic freedom is extremely important, so I'd like to respect the views of the SCJ as much as possible," Inoue said.

Inoue suggested that a review will be made on the way the SCJ should be following an examination of whether it is fulfilling its role thoroughly. "First, we'll hear opinions from people concerned," he added.

Inoue stressed the need to make intensive investment in science and technology so as not to let the country's strength in the fields fall in 20 to 30 years. Jiji Press