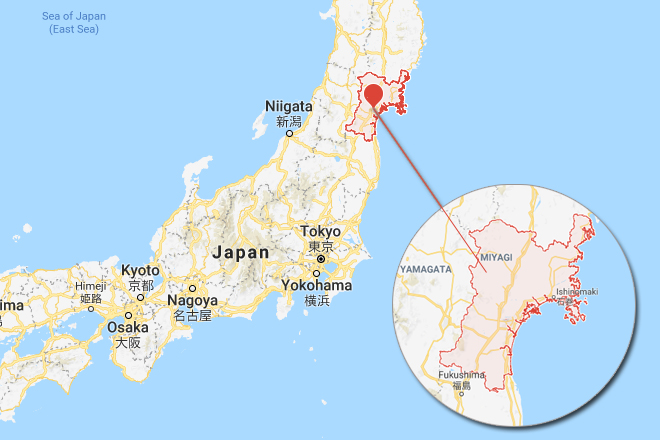 Sendai, Miyagi Pref.--Miyagi Governor Yoshihiro Murai has expressed his resolve to focus on tourism to revitalize the northeastern Japan prefecture, hit hard by the March 2011 earthquake and tsunami.

"In order to spur regional revitalization, we need to increase the number of people participating in exchange programs," Murai said in a recent interview with Jiji Press.

The prefecture launched a tourism campaign targeting Japanese between fiscal 2017 and fiscal 2019, according to Murai.

"Now we need to attract foreign visitors," he said. "The 2020 Tokyo Olympics and Paralympics are our biggest chance. We'll make preparations this year."

As for progress with reconstruction efforts, Murai said, "Work to recover infrastructure and housing is going smoothly, but new problems are becoming apparent, such as mental health care for disaster victims, community revitalization and children's refusal to go to school."

He pointed to a need to continue tackling these issues even after the central government-designated reconstruction period expires at the end of fiscal 2020.

Referring to a series of disasters that struck the country last year, Murai noted that Miyagi has created a databank of prefectural staff with disaster response capabilities who acquired the know-how at the time of the March 2011 disasters.

"We're still receiving support staff from other prefectures, so we can't dispatch many. But instead, we can send experienced workers," said the governor. "In this way, I hope we can return the favor we received."

Miyagi is on course to restart projects it had been working on before the March 2011 disasters, including organizational changes and collaborative programs with foreign partners.

Asked about this, Murai said, "We were short of financial resources and staff then, but now the prospects are brighter."

Meanwhile, he senses that prefectural staff are showing fatigue after years of intense efforts. "It's not simply about letting them take a rest, but about how to increase their motivation," Murai said.

"For that purpose, triggers such as new overseas projects and organizational reforms are necessary," he added. Jiji Press