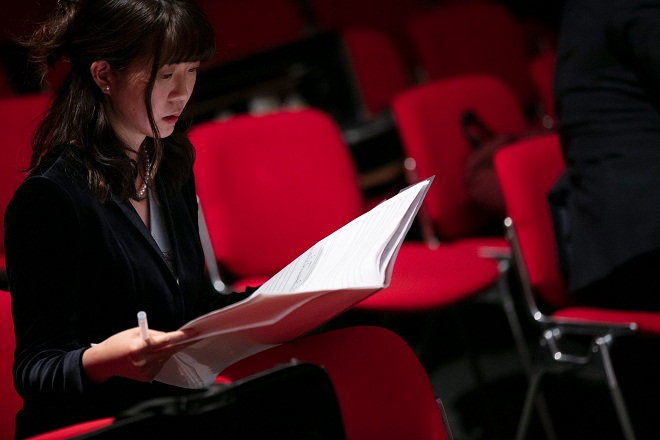 Berlin--Hinako Takagi, a 30-year-old assistant at Osaka College of Music, won the top composition prize at the 2019 Geneva International Music Competition on Friday, along with a Colombian contestant.

Takagi, who is from Amagasaki in the western Japan prefecture of Hyogo, is the first Japanese to be awarded the prize since Shoichi Yabuta won it in 2015.

Of the three finalists in the composition division of the competition, known as a gateway to success for young musicians, Takagi and Daniel Arango-Prada, a 32-year-old from Colombia, both won first place.

The song composed by Takagi was an ensemble featuring oboe.

When she learned that she became the top winner, Takagi pressed a hand to her mouth with a look of surprise. She then smiled and shook hands with the judges. Jiji Press