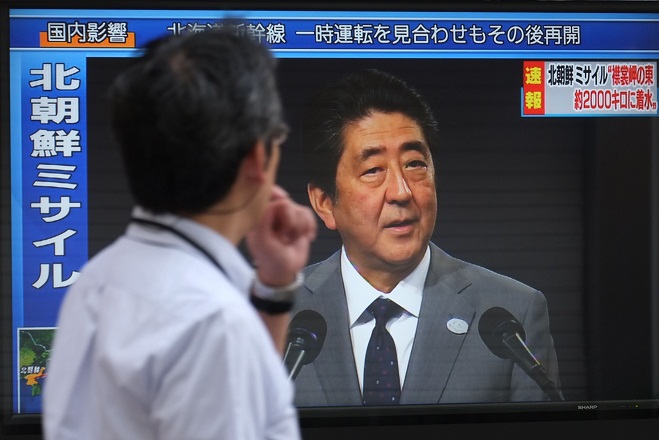 Tokyo- Japan faces growing need to address delivery delays and other problems related to its procurement of defense equipment under the U.S. Foreign Military Sales program amid continued growth in defense spending by the administration of Prime Minister Shinzo Abe.

Japan procures key defense equipment, such as the F-35 stealth fighter jet and the E-2D Advanced Hawkeye aircraft capable of promptly detecting the position of enemy missiles, under the FMS program.

With advance payments required for contracts under the FMS program in principle, delivery delays often occur for reasons including production suspensions and inadequate communication between equipment manufacturers and government agencies in the United States and between the Japanese and U.S. governments. According to Japan's Ministry of Defense, defense equipment had not been delivered in 132 cases worth 32.6 billion yen as of the end of fiscal 2018.

There also are many problems hampering the deployment of equipment and training on its use. The Board of Audit of Japan reported seven delivery delays of five years or more as of the end of fiscal 2017, including those involving parts for the Harpoon antiship missile and communications equipment for the F-2 fighter jet, with deliveries not made for at least six and nine years, respectively.

While the United States estimates the prices of equipment at the time of signing contracts, reimbursements for differences between estimated and actual prices had not been made in 263 cases, totaling some 49.3 billion yen, as of the end of fiscal 2018.

Given these and other problems, the board urged the ministry last year to take improvement measures.

The Japanese agency will raise the number of U.S.-based liaison personnel from four to 10, effective in fiscal 2020, to examine the causes of shipment delays and prompt their U.S. counterparts to take related measures.

The agency also plans to hold talks with other countries with FMS contracts with the United States, aiming for joint action on common problems.

With the security environment around Japan growing tougher due to North Korea's nuclear and missile development programs and China's rapid military buildup, a senior ministry official said, "We have no other choice but to rely on the United States for the procurement of defense equipment."

As the procurement of defense equipment under the FMS program is increasing at an accelerating pace, an agency official said, "We have to make redoubled efforts to live up to our accountability." Jiji Press