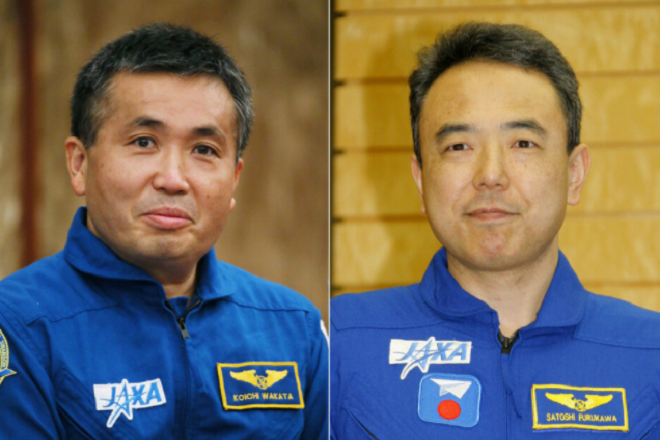 2 Japanese Astronauts to Stay at ISS for Long-Term Missions

They are expected to head for the ISS aboard a Crew Dragon spacecraft of Space Exploration Technologies Corp., or Space X, or a Starliner spacecraft being developed by Boeing Co.

Since no plan has been set for the operations of the ISS in 2024 and beyond, Wakata and Furukawa could be the last Japanese astronauts to stay at the ISS.

This week, another Japanese astronaut, Soichi Noguchi, 55, began his mission at the ISS.

Around next spring, Japanese astronaut Akihiko Hoshide, 51, is scheduled to make a flight to space for a long-term mission and serve as commander of the ISS. He will be the second Japanese to hold the post, only after Wakata.

In a statement issued through JAXA, Wakata said he will strive to produce results at Japan's Kibo experimental module at the ISS to give a boost to future lunar exploration.

Furukawa said in a statement via JAXA that he wants to contribute to space medicine.

Wakata was chosen as an astronaut candidate in 1992 and made his first space flight in January 1996 aboard a U.S. Space Shuttle. In 2000, he helped build the ISS.

Furukawa, a doctor, was selected as an astronaut candidate in 1999. He experienced an ISS long-term mission in 2011. Jiji Press