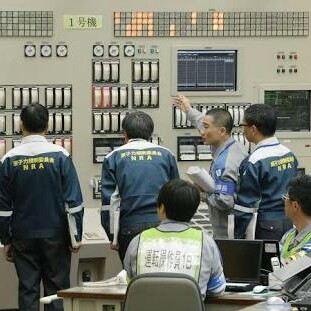 TOKYO -Japan's Nuclear Regulation Authority (NRA) approved an assessment on Wednesday to restart two reactors in Saga Prefecture, western Japan, although public concern remains regarding the safety of the plant if operator Kyushu Electric reboots the reactors.
The NRA has been hearing concerns from officials and citizens in the region about the plant's safety, since the draft assessment on the rectors being restarted was being compiled over a three-year period.
The NRA believes that tighter safety regulations implemented in the wake of the 2011 Fukushima Daiichi nuclear disaster, however, have been adhered to and, along with some serious provisos, the Nos. 3 and 4 units of the Genkai plant, will be the second Kyushu Electric-operated plant to go back online, following its Sendai plant.
The Genkai facility will mark the fifth nuclear plant overall that has passed the NRA's safety requirements and have received provisional approval to restart their reactors.
However both official opposition to the restarts and pubic sentiment remains a stumbling block for the plants' operators with both parties citing continued safety concerns which have made the restarting of the reactors an arduous and protracted process for the utilities and the government of Japan.
The government is fully supporting bringing all of Japan's nuclear reactors idled in the wake of the Fukushima disaster, the worst of its kind since Chernobyl in 1986, back online, as import cost for burning fossil fuels to power the nation have and continue to dig a large hole in the government's ever-decreasing funds, with the costs punctuated by a persistently weak yen.
In fact, only two reactors out of some 40 commercial facilities in Japan are currently operating in Japan. These being the the Number 1 reactor at Kyushu Electric's Sendai plant in Kagoshima Prefecture and the Number 3 reactor at Shikoku Electric Power Co.'s Ikata plant in Ehime Prefecture.
While Sendai plant's Number 2 unit is operable, it is undergoing regular safety checks and the two units at Kansai Electric Power Co.'s Takahama plant in Fukui Prefecture, which were controversially rebooted last year, were forced to be taken offline by a court injunction citing safety issues.
The pro-nuclear government of Prime Minister Shinzo Abe continues to face local opposition about the nationwide restarting of the idled plants.
With respect to the the Genkai plant, an NRA secretariat official said Wednesday that criticism had been made of the operator failing to reflect and learn from the lessons following a series of powerful quakes rocking nearby Kumamoto Prefecture in April 2016.
The official said while approval has been provisionally granted, details still need to be provided for the Genkai plant's quake resistant design, and local consent still needs to be given, before the reactors are switched back on.
The likelihood of the reactors being fired up would be in the summer at the earliest, sources close to the matter said Wednesday.
Other issues that have been brought to light are evacuation protocols for elderly and physically challenged people living in the vicinity of the plant. And those residing on small islands near the plant also need to have infallible evacuation systems put into place, sources sceptical of the plant's restart said.
While the NRA's new safety checkups in the wake of the Fukushima disaster are purportedly supposed to be the toughest in the world, according to local media recently citing the Japan Atomic Power Co. and nine utilities that manage nuclear power plants, the vast majority of Japan's 42 viable commercial nuclear reactors have not had detailed checkups performed on the air conditioning and ventilation systems of their central control rooms.
Extensive corrosion and holes, including one measuring 30 cm by 100 cm, were found last month in the ventilation pipes of the Number 2 reactor at the Shimane nuclear plant, in Matsue, Shimane Prefecture, which is operated by Chugoku Electric Power Co.
The covering on the pipes had not been removed since the plant went into operation in 1989, it was reported.
Chugoku Electric has since told the NRA the pipes "were not functioning properly" due to the massive degradation.
Of all the nuclear power plants brought back online since 2015, five reactors have not had their pipes and the pipes' insulation inspected as part of the standard safety checks.
The Number 1 reactor at Kyushu Electric Power Co.'s Sendai plant in Kagoshima Prefecture and the No. 3 reactor at Shikoku Electric Power Co.'s Ikata plant in Ehime Prefecture are currently in operation, despite not having had their pipes checked.
Due to the Shimane plant's monumental oversight, the NRA now plans to, retroactively, check the condition of the pipes at all of the nation's plants, sources close to the matter have said, as the NRA believes that such corrosion, as was detected at the Shimane Number 2 rector, is likely in violation of nuclear regulatory standards. (Xinhua)