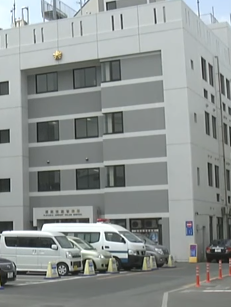 FUKUOKA- Police arrested four South Korean men on Friday for allegedly attempting to leave Japan at Fukuoka Airport carrying 735 million yen of undeclared cash, in violation of the customs law.
The arrests came the day after a 29-year-old company employee was robbed of a suitcase containing 380 million yen in cash shortly after withdrawing the money from a bank branch in the southwestern Japan city of Fukuoka.
The four suspects have denied involvement in the robbery, suggesting that they were asked by an acquaintance to keep the 735 million yen, police sources said.
The Fukuoka prefectural police department is carefully investigating whether they were part of the robbery.
The law requires transfers of cash exceeding one million yen overseas to be declared at customs.
The 735 million yen was found when the South Koreans attempted to go through baggage inspection at the airport's international terminal, according to the sources. (Jiji Press)