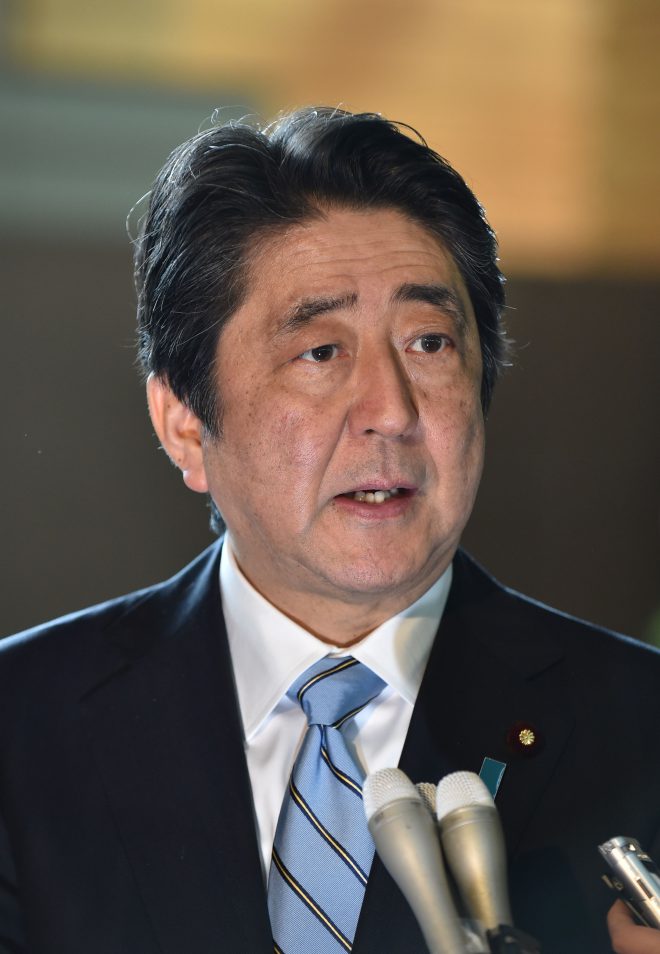 Abe conveys to Trump support for US determination over Syria

TOKYO- Japanese Prime Minister Shinzo Abe on Sunday conveyed to US President Donald Trump his support for Washington's determination to prevent the use of chemical weapons in Syria. "I support the United States' resolve to fulfill its responsibility to deter the spread and use of chemical weapons," Abe told Trump over the telephone. During the 45-minute conversation, the two leaders also agreed to cooperate closely to deal with China and North Korea's missile and nuclear weapons development. Trump asked for Japan's understanding of the US missile attack on a Syrian air base on Thursday. The United States took the military action to prevent chemical weapons from being used ever again, after innocent Syrian civilians, including women and children, sustained a lot of damage from a chemical weapons attack, Trump told Abe. But Trump did not explain how the US attack can be justified without a UN Security Council resolution or what evidence led the United States to conclude Syrian President Bashar al-Assad's administration used chemical weapons, according to Deputy Chief Cabinet Secretary Koichi Hagiuda. He was with Abe during the phone talks. Trump also briefed Abe on the outcome of his two-day summit with Chinese President Xi Jinping that ended Friday. Abe and Trump exchanged views on the North Korean situation, which was also a key topic in the US-Chinese summit. The Japanese and US leaders confirmed the importance of three-way cooperation also including South Korea. After the phone conversation, Abe told reporters that he highly appreciates Trump's strong commitment to the peace and safety of the US allies and the entire world. Regarding North Korea, Abe said he is waiting to see what action China will take next, expressing hope that Beijing will exercise its influence over Pyongyang to deter any more provocative act. The phone talks were held at the request of the United States. Just on Thursday, Abe and Trump had a phone conversation before the US-Chinese summit and discussed mainly the North Korean issue. (Jiji Press)