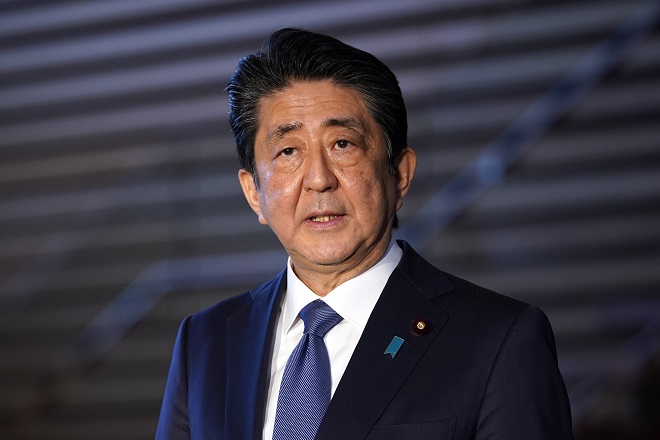 Tokyo- Japanese Prime Minister Shinzo Abe is likely to skip a war-related ceremony in Russia on June 24 to attend a Group of Seven summit in the United States, government sources said Friday.

"The novel coronavirus outbreak hasn't eased in Russia," a senior Japanese Foreign Ministry official said regarding the ceremony to mark the 75th anniversary of the Soviet victory over Nazi Germany.

"We have information that the G-7 meeting is likely to be held June 25-26. His participation (in the Russian event) would be difficult," the official added.

"The G-7 will be prioritized if we have to pick one between Russia and the G-7," another government official said.

Initially, Russia planned to hold the ceremony in Moscow on May 9. Abe was invited to the event by Russian President Vladimir Putin.

Abe had planned to attend the event and meet Putin on the sidelines to resume the stalled talks on a proposed bilateral peace treaty. But the ceremony was postponed due to the spread of COVID-19 in Russia.

Tokyo is considering Abe's participation as Moscow picked the new date for the ceremony. The Russian Foreign Ministry said that the invitation for Abe remains valid.

On the next day, the two countries are set to hold a videoconference of a bureau head-level working group on joint economic activities on disputed northwestern Pacific islands. The islands, seized by the former Soviet Union from Japan around the end of World War II, are claimed by Japan.

The last meeting between Abe and Putin took place in Vladivostok in Russia's Far East in September last year.

"We should realize summit talks as early as this summer, closely watching the situation on coronavirus infection in both countries," said an official familiar with the Japan-Russia relations. Jiji Press