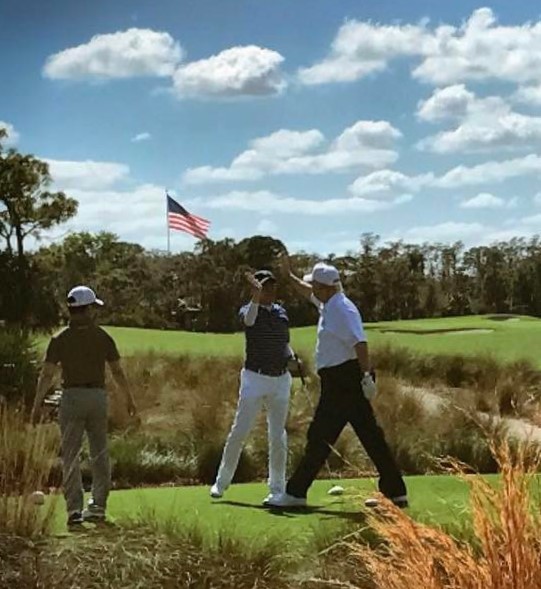 Florida- Japanese Prime Minister Shinzo Abe played golf with US President Donald Trump in Palm Beach, Florida, Saturday, in another round of diplomacy intended to build a personal relationship of trust following their first summit in Washington on Friday. Abe and Trump played 18 holes at Trump National Golf Club in Jupiter in the morning near Trump’s Mar-a-Lago estate, where they are spending their weekend together. They played an additional nine holes at Trump International Golf Club in West Palm Beach in the afternoon. Trump posted a photo on Twitter of the two leaders exchanging a high-five while playing golf. He tweeted, “Having a great time hosting Prime Minister Shinzo Abe in the United States!” (Jiji Press)