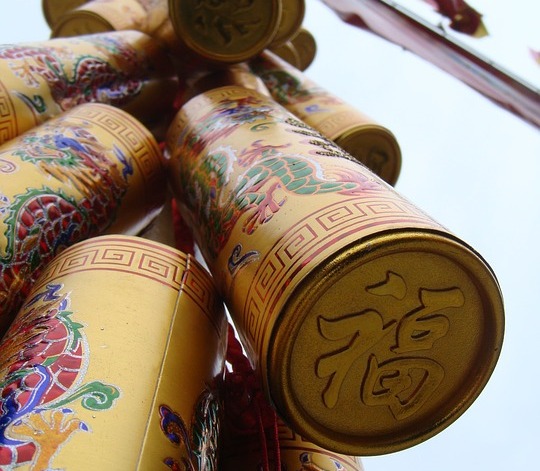 BEIJING- Beijingers set off less fireworks this year over pollution concerns as they celebrate Spring Festival, the most important festival in the Chinese calendar.
The Chinese Lunar New Year, which this year is the Year of the Rooster, fell on Saturday.
As of Friday, the eve of the Lunar New Year, sales of firecrackers and fireworks had decreased 4.9 percent year-on-year, the sixth consecutive year of decline, according to the fireworks office of the municipal government early Saturday.
The city reported 25 fires caused by fireworks on Friday, one less than last year.
Within the 24 hours till 8 a.m. Saturday, some 49,900 sanitation workers have cleared away nearly 367 tonnes of firework garbage in the city,down 11.2 percent from the same period of last year.
Chen Baoshan, chief of the operations management department of Beijing Environment Sanitation Engineering Group Co.Ltd, attributed the decline to the growing public awareness of air quality.
Beijing has ordered the suspension of fireworks sale in case of serious air pollution alerts.
Compared with the daytime blue sky on Friday, Beijing's air turned noticeably hazy at night due to fireworks displays as locals welcomed the new year.
Due to fireworks and the lack of wind, the city's density of PM2.5, airborne particles smaller than 2.5 microns in diameter, hit a peak of 647 micrograms per cubic meter at 2 a.m. Saturday, down 7.6 percent from the same time of the last lunar new year, according to the Beijing Municipal Environmental Monitoring Center.
"Setting off fireworks and firecrackers surely adds to pollution and creates noises," said a college student surnamed Yu in Beijing's Chaoyang district. His stance is shared by the majority of citizens.
A recent poll on 1,000 residents in the capital showed 83 percent of interviewees said they would not set off fireworks during Spring Festival. This was 6.4 percentage points higher than last year.
Setting off fireworks and firecrackers during the Lunar New Year is a Chinese tradition, however, sales of fireworks have dropped in recent years in cities amid pollution concerns and government restrictions.
Nationwide, 444 cities have banned fireworks and 764 other cities impose restrictions on setting off fireworks, according to the Ministry of Public Security. (Xinhua News)