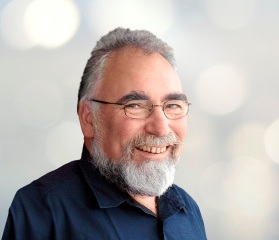 BUCHAREST- China's Belt and Road Initiative can greatly benefit the world and significantly reshape the global economic development if certain risks are addressed, Jean-Pierre Lehmann, an expert on the international economy, said here Friday at a conference.
The Belt and Road Initiative, proposed by China in 2013, aims to build a trade and infrastructure network connecting Asia with Europe and Africa along the ancient Silk Road trade routes. It has won support from over 100 countries and international organizations.
In his speech, Lehmann, who is also the founder of the Evian Group, said the initiative, involving 2.5 trillion U.S. dollars and infusing 1.75 percent surplus into the world's gross domestic product (GDP), could bring huge economic benefits, if some challenges, like the new-asset quality and social unrest in some of the areas within the network, are overcome.
Reminding that "the narrative of the 21st century will be written in Asia by the Asians, and above all, by China as a regional and global power," Lehmann said that "China is already the main market for many countries, from Brazil to France ... there are Chinese interests across the world, from Seattle to Djibouti."
China's global dimension is already obvious, he suggested. "The Asian Infrastructure Investment Bank (AIIB), set up in 2016, attracted even the U.S. allies, and Obama failed to prevent them from joining the AIIB. China already set up 110 economic zones in 50 countries. In Xi'an (a city in China's northwest), the Summit of the Silk Road gathered 500 participants from 52 countries," he said.
Some 25 percent of the world economic growth comes from China, the expert said, adding that by 2030, China will become a high-income economy with strong harmonious relations and driven by creativity and power of ideas. "The Chinese economy was made by muscle, but now it's getting more with the brain, but many do not understand this!"
The world depends on China and China depends on the world, Lehmann said.
Deng Xiaoping, the late Chinese leader who initiated the reform and opening-up policies, said that China cannot develop in isolation from the rest of the world. Three decades later, the world cannot do without China, the expert pointed out.
Lehmann also suggested there is strong competition when it comes to doing business with China. "Often, many countries seem to have the same competitive advantages, but you should keep up the discussion and build relations for business with the Chinese."
"In January 2017, the first freight train from Yiwu (in eastern China) to London became operational and Xi Jinping was the first Chinese president to come to Davos, this is staggering! We already speak of Eurasia. Things happen at an amazingly rapid pace," Lehmann said.
Whereas "China's foreign policy could reshape a good part of the world's economy," Lehmann said we should not conclude from this that China wants to be the hegemon.  (Xinhua News)