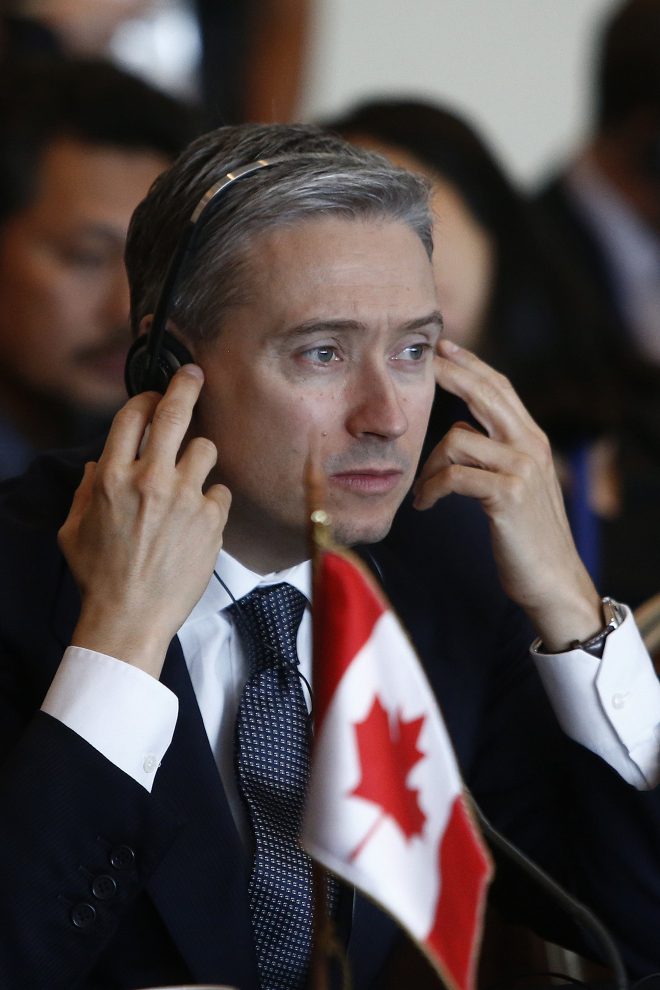 Tokyo- Canadian Minister of International Trade Francois-Philippe Champagne has indicated his country's plan to pursue bilateral trade negotiations in parallel with talks for effectuating the Trans-Pacific Partnership multilateral free trade pact without the United States for the time being.
"Canada is a strong supporter of progressive free trade and the Asia Pacific remains an important region and a priority market for our government," Champagne said in a recent written interview with Jiji Press.
Regarding the TPP, Champagne said, "We look forward to a candid discussion on potential next steps."
Following US President Donald Trump's decision to withdraw his country from the TPP, the remaining 11 signatory countries, including Japan and Canada, launched talks for putting the trade pact into effect without the world's largest economy.
Canada chaired a two-day meeting of chief negotiators for the TPP from the 11 countries that ended Wednesday.
As some are voicing skepticism about the benefits of effectuating the TPP without the United States, however, the negotiations by the 11 countries are widely expected not to go smoothly.
In the meantime, Champagne indicated his country's eagerness to resume talks on an economic partnership agreement with Japan.
"We will continue to explore ways in which we can expand our commercial relations and our progressive trade agenda with Japan, a longstanding important partner for Canada," Champagne said.
Noting that Japan is a major export destination of Canada's minerals as well as farm products and the world's fifth-largest provider of direct investment in Canada, Champagne stressed his country's "openness to Japan to continue bilateral EPA negotiations."
"Canada firmly believes in the importance of regional, multilateral and bilateral trade agreements and is considering how to best advance Canadian interests and trade policy objectives in the region," he said. (Jiji Press)