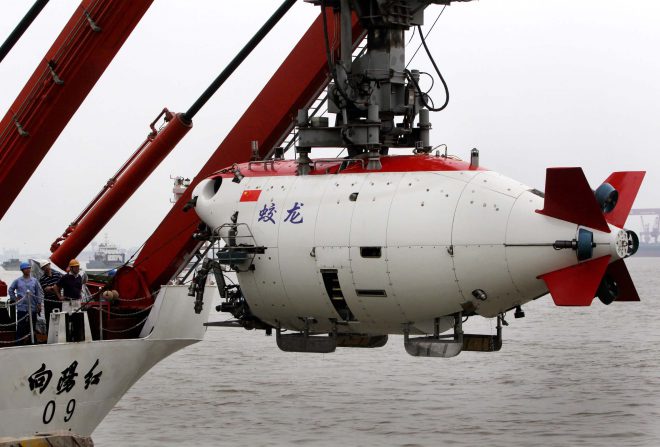 ABOARD SHIP XIANGYANGHONG- Jiaolong, China's manned submersible, explored submarine turbidity currents in the South China Sea on Saturday.
With a maximum depth of 2,980 meters, Jiaolong was underwater for nine hours and 54 minutes in its seventh dive in the second stage of China's 38th ocean scientific expedition, which will last until May 13.
Three crew members in the submersible conducted surveys and sampling and measured environmental parameters. They brought back samples of sediment and seawater near the seabed as well as high-definition photos and video footage.
Xu Jingping, a professor with the Ocean University of China, said China started research on submarine turbidity currents, a major challenge in geoscience, relatively late.
"The dive helped us to obtain evidence of the topographic features and sediment of modern turbidity currents in northeastern South China Sea. It enriched our scientific understanding of canyon turbidity current in the region and provided key data and technical support for future research," Xu said.
The 38th oceanic scientific expedition started on Feb. 6. Jiaolong completed a dive in the northwestern Indian Ocean earlier this year as part of the first stage of the mission. It will also conduct surveys in the Yap Trench and the Mariana Trench in the third stage. (Xinhua News)