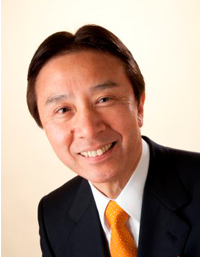 Conspiracy bill could lead to probes into ordinary citizens

Tokyo- Japanese State Minister of Justice Masahito Moriyama said Friday that an anti-conspiracy bill to criminalize preparations to commit terror attacks and other crimes could lead to investigations into ordinary people and citizens' groups.
If investigative authorities have information on possible crimes, they will carry out research, Moriyama told a meeting of the Judicial Affairs Committee of the House of Representatives, the lower chamber of the Diet, Japan's parliament.
Such research into ordinary people would be very limited, he said, adding that the next step, namely criminal investigations, targeting ordinary people would be even more limited.
He did not deny the possibility of criminal probes into ordinary citizens under the bill.
Moriyama was responding to a question by Seiji Osaka of the main opposition Democratic Party.
Meanwhile, Justice Minister Katsutoshi Kaneda reiterated that the bill would only allow investigations into criminal groups. (Jiji Press)