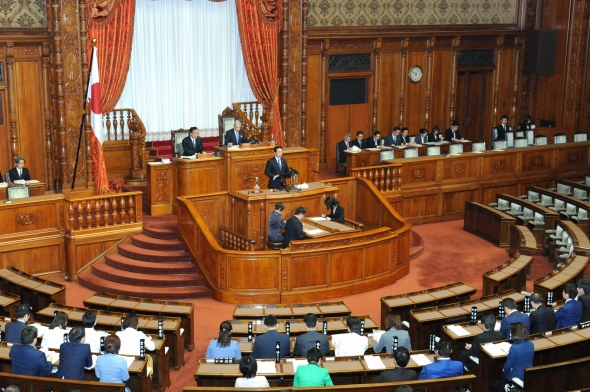 Tokyo- The Diet, Japan's parliament, approved Friday bilateral agreements to enable logistics cooperation between the Self-Defense Forces and the US, British and Australian militaries, including mutual provision of ammunition in peacetime.
The acquisition and cross-servicing agreements were given the green light at the day's plenary meeting of the House of Councillors, the upper chamber, by majority vote, led by the ruling camp of the Liberal Democratic Party and Komeito. They cleared the House of Representatives, the lower chamber, last month.
Under the agreements, mainly for mutual provision of food, fuel and other supplies, Japan will be able to provide the three countries with ammunition in peacetime and fueling for combat aircraft preparing to take off, both of which became possible following the implementation of Japan's national security laws last year. (Jiji Press)