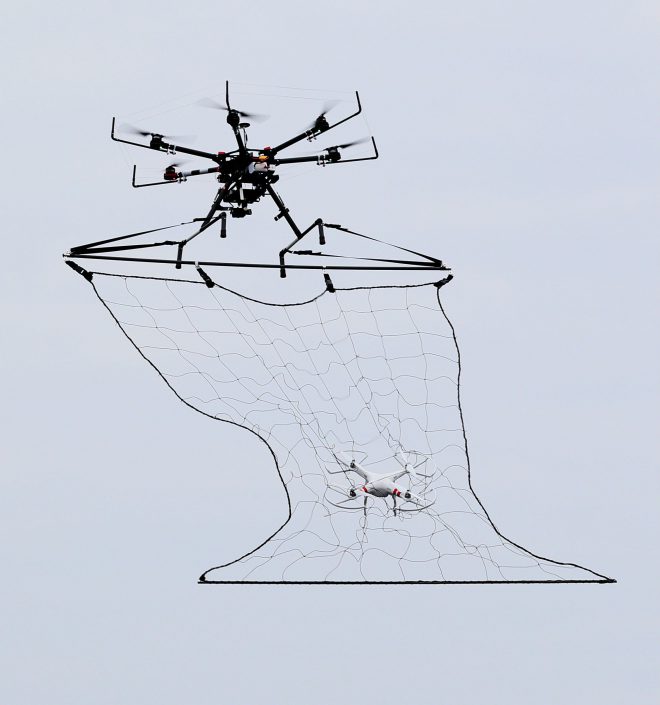 Drone use in disaster response tested in Tokyo high-rise district

Tokyo- An experiment was conducted in central Tokyo Saturday to see if drones can efficiently gather information and provide evacuation instructions for people faced with difficulties in going home in times of major disaster. Officials of Shinjuku Ward and drone experts flew a drone in a high-rise district west of Shinjuku Station after establishing an exclusive radio communications network between Shinjuku Chuo Koen, or Shinjuku Central Park, and Kogakuin University. The park is designated as the evacuation site in the West Shinjuku district with many skyscrapers and the university as the disaster response headquarters in the district. In the test, the team monitored effects of the wind peculiar to the high-rise area and electromagnetic waves on the drone’s flight and checked the transmission of image data from the unmanned aircraft. Also examined were clearness of the sound of a speaker mounted on the drone to vocally guide people to the evacuation site and its self-flying function using the Global Positioning System. Some 3.5 million passengers use Shinjuku Station each day. The Tokyo metropolitan government estimates about 370,000 people will get stuck around the station if a massive earthquake hits the capital during the daytime on a weekday and cripples public transportation systems. Shinjuku Ward and other authorities came up with the idea of using drones in disaster response operations after the experience during the March 2011 earthquake. (Jiji Press)