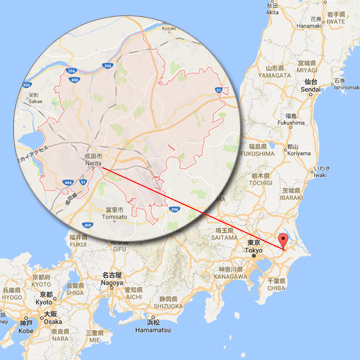 NARITA, CHIBA PREF.- The father of a nine-year-old Vietnamese girl found dead in the eastern Japan prefecture of Chiba last month flew back to Japan on Sunday morning from his home country where he bur­ied the body of her daughter. Le Anh Hao, the father of the girl, Le Thi Nhat Linh, and his family arrived at Narita Interna­tional Airport in the prefecture. On news that a man living near the family's home in the city of Matsudo, Chiba, was ar­rested for abandoning the girl's body, Hao said, in a shivering voice, that he hopes the man will be punished under Japanese law. Hao said his heart has been aching since he lost Linh, an el­ementary school third-grader, adding that he wants to talk with a person responsible for her death face-to-face. He said he does not know what to do now. Linh went missing after leaving her home in Matsudo for school shortly past 8 a.m. on March 24 (11 p.m. on March 23 GMT). Her body was found near a drainage ditch in Abiko, also Chiba, two days later. Yasumasa Shibuya of Mat­sudo, the head of an association of parents of children at the ele­mentary school attended by Linh, was arrested Friday for abandoning her body. He was sent to public prosecutors on Saturday. His home is only about 300 meters from the girl's house. (Jiji Press)