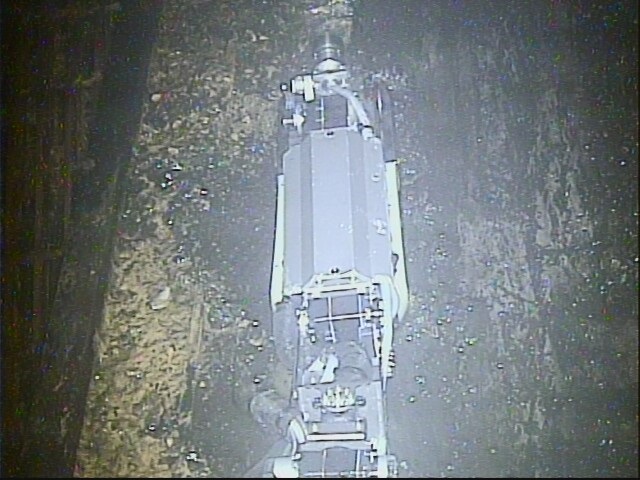 TOKYO- A failed robot survey of melted nuclear fuel that has dropped through the bottom of a damaged reactor pressure chamber at the Fukushima No. 1 nuclear plant complicates the formulation of a policy in the summer for taking out the fuel debris.
The removal of the molten nuclear fuel is regarded as the most demanding challenge in the decommissioning of the disaster-stricken plant’s reactors, said to take 30 to 40 years.
Tokyo Electric Power Company Holdings Co., the manager of the plant in Fukushima Prefecture, northeastern Japan, is discussing the drawing up of a broad policy outline before conducting an additional survey to work out a detailed plan for the nuclear fuel removal, company officials said.
TEPCO’s initial plan called for a self-propelled survey robot, dubbed scorpion, to enter the No. 2 reactor’s containment vessel and travel on a 7.2-meter rail to reach a metal grating directly beneath the reactor’s damaged pressure chamber. The robot would have surveyed the extent of damage to the chamber, while locating melted nuclear fuel that is believed to have dropped through the metal grating to the bottom of the containment vessel and shooting the fuel’s images.
The No. 2 reactor is one of the three units that suffered meltdown due to the failure of their cooling systems caused by the March 2011 earthquake and tsunami.
A preparatory survey in late January found deposits on the rail and some large holes in the metal grating. On Thursday, TEPCO put the survey robot into the containment vessel, but the equipment was stuck in the deposits after moving 2 to 3 meters on the rail and was unable to record the images of the bottom of the vessel through the metal grating.
Still, the robot probe recorded the images of the space around the rail inside the containment vessel by using a camera that was able to turn up and down. The images have flickers attributed to radiation, but sharpening them may reveal the inside conditions of the containment vessel.
At a news conference on Thursday, Yuichi Okamura, deputy chief TEPCO’s nuclear power business division, said it will be possible for the company to conduct a further survey after mapping out a policy direction regarding the removal of molten nuclear fuel.
Survey method options include the use of a robot with a higher crawling performance and putting a camera at the top of a bendable stick to capture the images of the space beneath the pressure chamber. But either equipment will take much time to develop.
In addition, TEPCO needs to work out measures to deal with strong radiation inside the containment vessel, which measured 210 sieverts per hour on the rail, a level that can kill a human in 2 minutes.
Earlier in February, the company inserted a cleaner robot into the containment vessel in order to clear the path for the survey robot, but the cleaner’s cameras broke down due to high levels of radiation, forcing a suspension of the cleaning work.
TEPCO plans to analyze the images captured by the survey robot as well as the temperature and radiation dose data collected, in an effort to explore the possibility of an additional survey, the officials said. (Jiji Press)