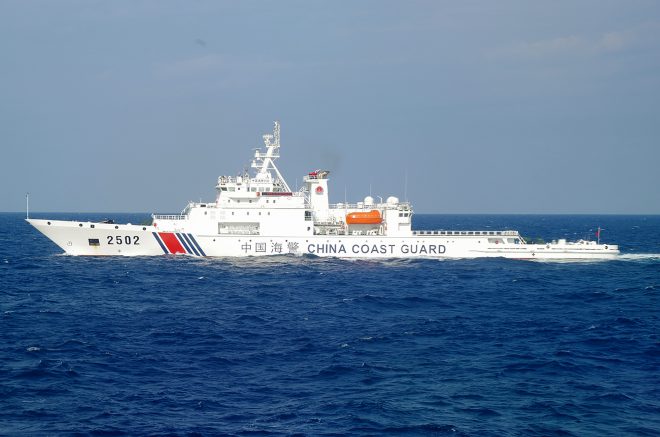 OKINAWA- Four Chinese coast guard ships sailed in Japanese territorial waters around the Senkaku Islands in the southernmost Japan prefecture of Okinawa for about two hours on Saturday.
This was the first territorial intrusion by any Chinese government vessel since Feb. 6 and the fifth this year.
According to the Japan Coast Guard’s 11th regional headquarters in Naha, capital of Okinawa, the Haijing 2101, the Haijing 2106, the Haijing 2337 and the Haijing 2401 entered the Japanese waters at a point north-northwest of Uotsurijima, the largest of the Japanese-administered East China Sea islands, between 10:05 a.m. (1:05 a.m. GMT) and 10:20 a.m.
The four ships left the waters west-southwest of the island between 11:40 a.m. and 12:05 p.m. (Jiji Press)