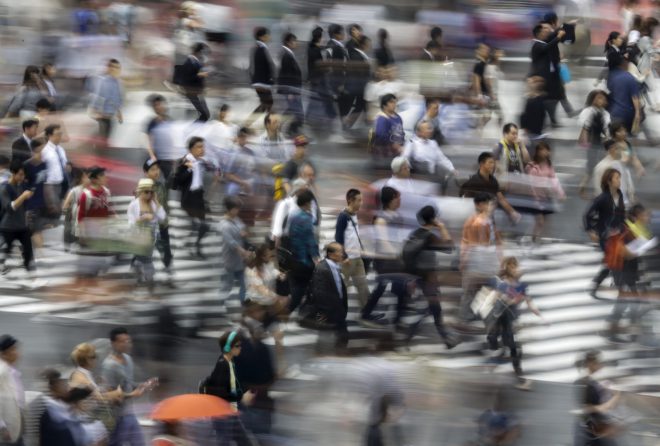 TOKYO- The Japanese government formally decided Friday to cap monthly overtime work allowed exceptionally in busy seasons at less than 100 hours, in a meeting of its work style reform council.
The exceptional overtime limit was included in a draft of regulations on extra hours worked out by the management and labor sides and the government.
They will be incorporated in an action plan to be drawn up by the end of the month. At the meeting, Prime Minister Shinzo Abe said the government intends to apply the regulations to the transport and construction industries, in which workers are currently allowed to work without overtime limits “in a practical way after a certain grace period.”
Over a busy-season overtime cap, the Japan Business Federation, or Keidanren, initially called for “100 hours or less” while the Japanese Trade Union Confederation, or Rengo, demanded “less than 100 hours.”
Keidanren accepted Rengo’s request after Abe supported it. Besides the cap of “less than 100 hours,” the drafted regulations also limit the busy-season average overtime to 80 hours per month in a period of two to six months and to 720 hours per year, or the 12-month average of 60 hours.
Monthly overtime exceeding 45 hours is allowed for six months in a year. Employers will be punished if they violate the rules.
Based on another labor-management agreement on efforts to cut overtime close to the basic limit of 45 hours a month even during busy seasons, the government decided to create guidelines under the labor standards law.
In line with the guidelines, the government will provide advice and instructions to companies, Abe said. (Jiji Press)