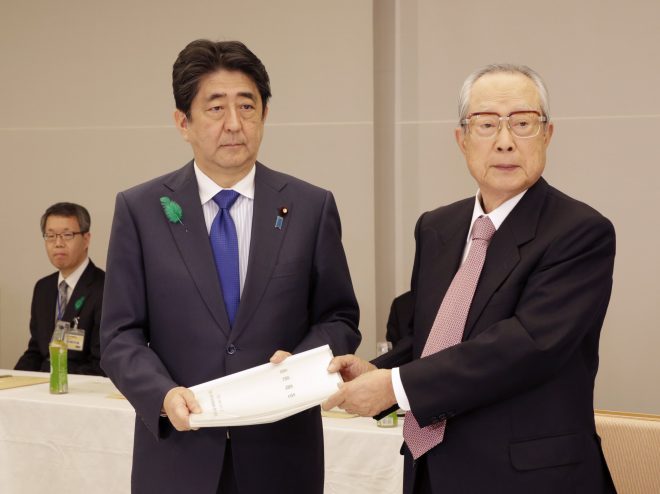 TOKYO- A Japanese government panel of specialists submitted to Prime Minister Shinzo Abe on Friday a final report that includes its proposals on Emperor Akihito's expected abdication.
The panel, led by Japan Business Federation (Keidanren) Honorary Chairman Takashi Imai, adopted the report at its 14th meeting, held at the prime minister's office.
The government will study the final report and submit legislation to enable the envisaged abdication to the Diet, Japan's parliament, at an early date, Abe said after receiving it.
In the report, the panel said that the title "Joko Heika" should be used for Emperor Akihito after his expected abdication.
The title Joko was used in the past to refer to a retired emperor, while Heika means His or Her Majesty.
The report recommended the use of "Jokogo Heika" as the new title of Empress Michiko after Emperor Akihito passes the Chrysanthemum throne to Crown Prince Naruhito. Jokogo refers to the spouse of Joko.
Also in the report, the panel called on the government and the public to engage in discussions on how to deal with a drop in the number of Imperial Family members.
The panel submitted the final report eight months after the release of a video message in which Emperor Akihito expressed his wish to step down due to his advancing age. (Jiji Press)