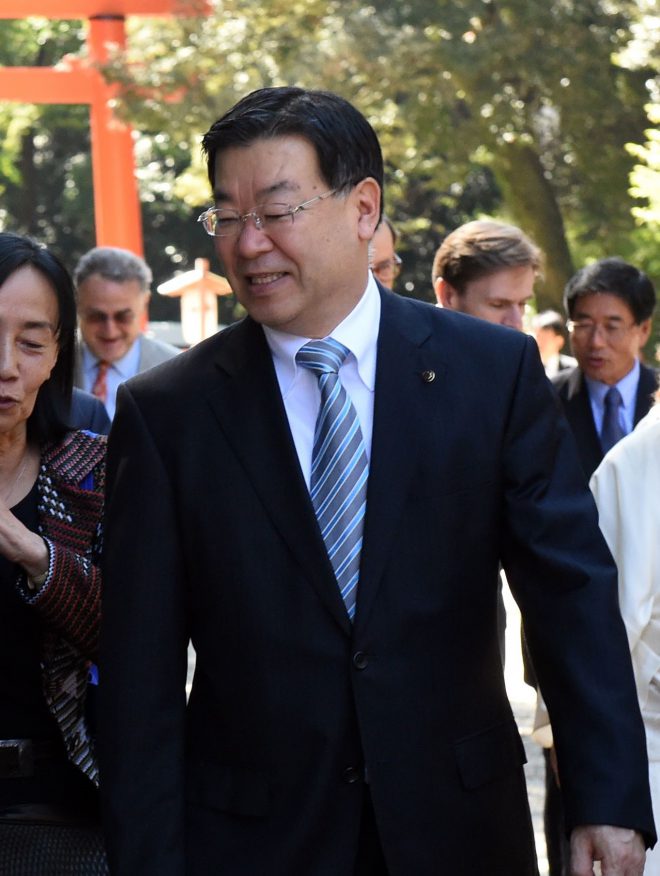 Tokyo- The National Governors’ Association is considering the possibility of asking the Japanese government to specify an accommodation tax as a levy under the local tax law, its president, Keiji Yamada, said in a recent interview with Jiji Press. “The accommodation tax has a potential to become a nationwide duty,” Yamada said. Currently, an accommodation tax is introduced by the Tokyo metropolitan and Osaka prefectural governments based on their respective ordinances. Yamada, who is governor of the western prefecture of Kyoto, underlined the need for local governments to secure their own financial resources designed to revive local tourism. “Funding needs for administrative projects, such as those to improve tourism facilities, are expected to increase across the country amid a surge in the number of foreign tourists,” Yamada stressed. The Japanese government has set a target of increasing the number of foreign visitors to the country to 40 million in 2020, when Tokyo hosts the Olympics and Paralympics. In a bid to achieve the goal, the government hopes to lure foreign tourists to not only major cities but also local regions. But many local governments have been failing to improve related facilities in their communities, such as tourism information centers and public signs with multiple languages as well as free Wi-Fi wireless connections. Amid a lack of sufficient financial support from the central government due to its tight finances, local governments are facing difficulties meeting growing tourism demand, sources familiar with the situation said. (Jiji Press)