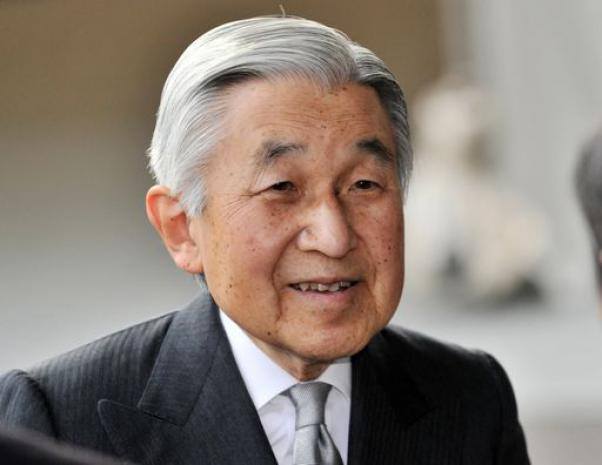 TOKYO- The government is considering specifying background unique to Emperor Akihito in special legislation for his abdication to clarify that it applies only to him and not any future emperor for retirement, government sources said Friday.
The government is also considering emphasizing that the legislation is made in a comprehensive manner by the Diet which represents the people, rather than by his wish, as the Constitution does not assume any act based on an emperor's will.
Prime Minister Shinzo Abe's government is considering realizing the 83-year-old emperor's wish by means of the special legislation applicable only to him, instead of making a permanent system, by revising the Imperial House Law, which lacks a provision on abdication.
The issue arose after the emperor strongly hinted at his desire to relinquish and pass the Chrysanthemum throne to Crown Prince Naruhito, 56, in his rare video message televised nationwide in August.
In an attempt to prevent a future emperor from being compelled to step down against his wish or rescinding the throne in an arbitrary manner amid a lack of legal conditions in the law, the government has come up with the idea of clarifying why the current emperor will abdicate.
For example, the government plans to cite such facts in the legislation as the emperor's advanced age makes it difficult for him to carry on his official duties and many in the public echoed the emperor's sentiment expressed in his video message, according to the sources.
By doing so, the government believes it can highlight that it maintains Article 1 of the Constitution which stipulates that the emperor's position derives from "the will of the people with whom resides sovereign power."
The heads and deputy heads of the Diet's two chambers plan to gather next Monday to begin discussions on how the legislative body should deal with the special legislation.
Some experts providing opinions to a government advisory panel tasked with examining the abdication of the emperor suggested it is necessary to confirm the monarch's intention to retire to prove the abdication is not implemented against his wish.
But the Cabinet Legislation Bureau claimed that such an action by the emperor will require amending the Constitution. (Kyodo News)