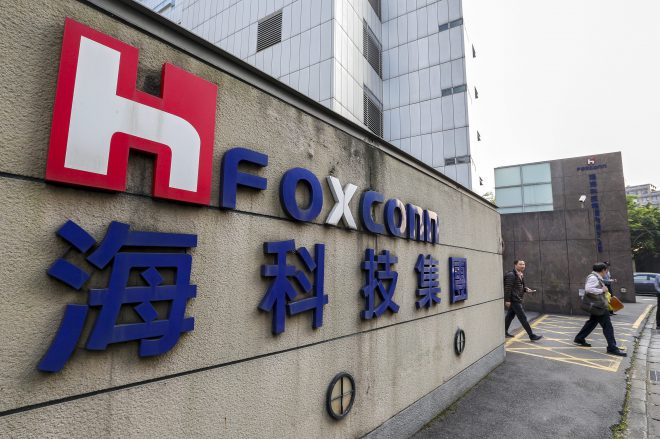 TOKYO- Taiwanese contract electronics manufacturer Hon Hai Precision Industry Co. has bid to invest in the flash memory division of struggling Japanese electronics and machinery giant Toshiba Corp., it was learnedTuesday.
The move by Hon Hai comes after the company, also known as Foxconn Technology Group, acquired Japanese electronics maker Sharp Corp., last year.
South Korean semiconductor maker SK Hynix Inc. has also submitted its bid for the Toshiba flash memory division, which is set to be spun off from the firm, according to South Korean media reports.
Nearly 10 companies, including US hard disk drive maker Western Digital Corp. and US investment fund Bain Capital, are believed to have participated in the bidding, informed sources said.
Toshiba aims to procure 200 billion to 300 billion yen in fresh funds by receiving investment in a new company to be created by spinning off its flash memory division, in order to replenish its capital, which will be depleted due to massive losses from its nuclear power plant business in the US..
Toshiba plans to pick a winner within this month. The winning bidder is expected to have an equity stake of slightly less than 20 pct in the new flash memory company. (Jiji Press)