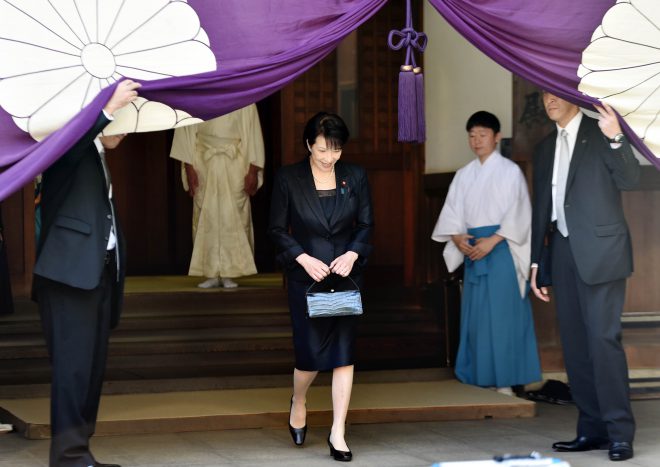 Tokyo- Japanese Internal Affairs and Communications Minister Sanae Takaichi visited Yasukuni Shrine in Tokyo on Friday, the first day of the war-related Shinto shrine's three-day spring festival.
"I expressed my gratitude and respect for the souls of those who sacrificed their lives for national policies," Takaichi said after visiting the shrine, which enshrines Class-A World War II criminals along with the war dead and is regarded as a symbol of Japan's past militarism particularly by China and South Korea. (Jiji Press)