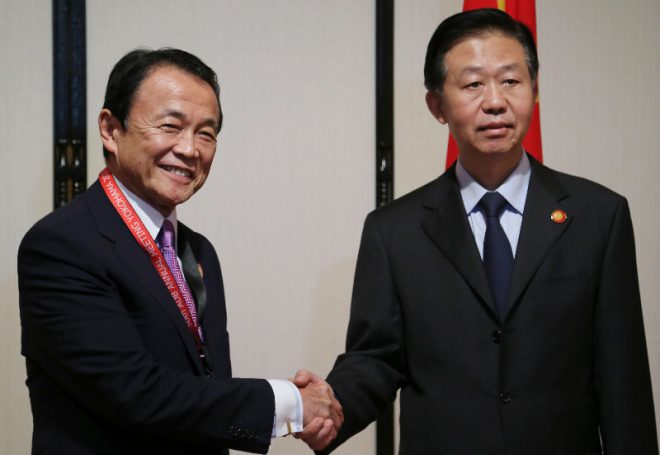 YOKOHAMA- Japanese Finance Minister Taro Aso and his Chinese counterpart, Xiao Jie, met in Yokohama on Saturday for the first Japan-China financial dialogue in two years.
The dialogue, which followed similar talks in Beijing in June 2015, was designed to boost bilateral cooperation in the financial sector though exchanges of opinions on various matters, including fiscal policies and tax systems, between the finance ministers as well as senior officials in charge of international finance.
The latest talks were held on the sidelines of the Asian Development Bank's four-day annual meeting that started in the capital of Kanagawa Prefecture, south of Tokyo, on Thursday. Senior central bank officials of the two countries took part in the dialogue for the first time. (Jiji Press)