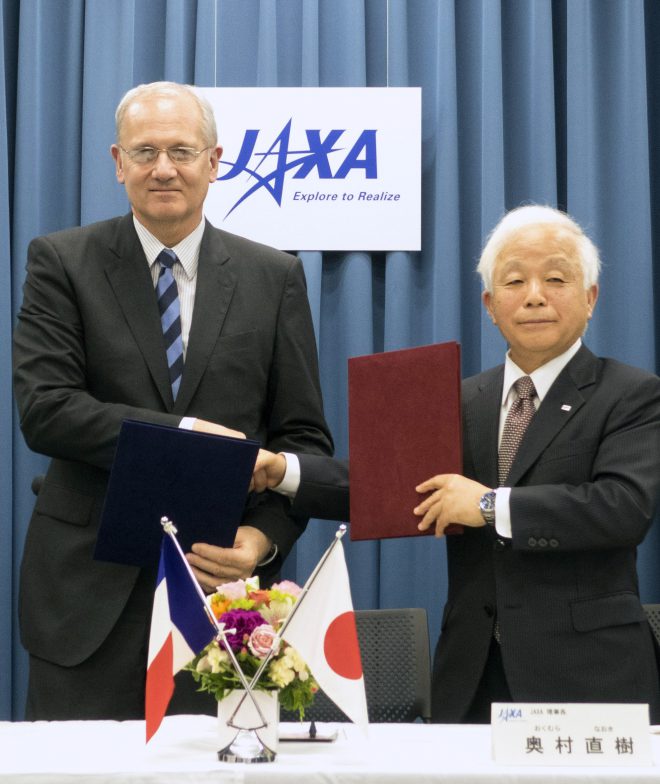 TOKYO- The Japan Aerospace Exploration Agency, or JAXA, has announced that it and French space body CNES concluded an agreement to cooperate in a project to bring back samples from a Martian moon.
In the Martian Moons Exploration, or MMX, project, a spacecraft will be sent close to the Red Planet's two moons--Phobos and Deimos. The spacecraft will land on one of the two, collect samples and return to Earth, a mission no one has achieved yet.
JAXA aims to launch the spacecraft in September 2024 and have it return to Earth in September 2029.
The Martian moons are believed to contain water and organic substances generated around the time when the solar system formed. Samples from a Martian moon may provide a clue to how water arrived on the young Mars and Earth. (Jiji Press)