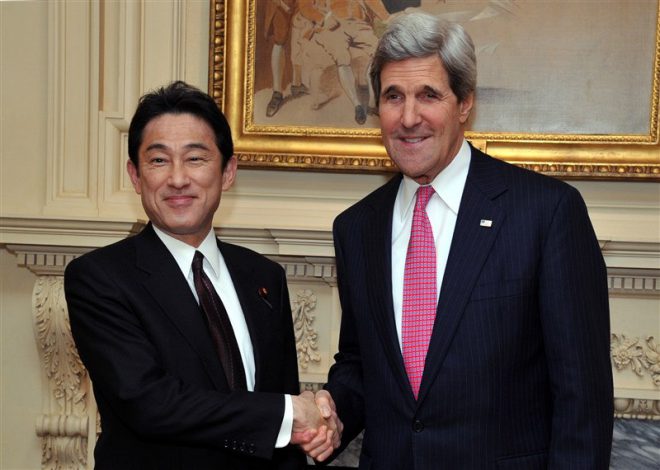 TOKYO- The Japanese government "highly praises" the work done by U.S. Ambassador to Japan Caroline Kennedy, who will leave the post before President-elect Donald Trump launches his new administration later this month, Foreign Minister Fumio Kishida said Friday.
He said the "tangible results" delivered by Kennedy, who took up the ambassadorship in Tokyo in 2013, include U.S. President Barack Obama's historic visit to the western Japan city of Hiroshima that was devastated by the U.S. atomic bombing at the end of World War II."We praise and positively see the more than three years of efforts made by Ambassador Kennedy," Kishida said at a regular press conference, adding that the ambassador has also contributed to reducing the burden Japan's southern island prefecture of Okinawa Prefecture shoulders for hosting the bulk of U.S. military facilities in Japan.
In December, the United States returned 4,000 hectares of forest used by the U.S. military on Okinawa to Japanese control, marking the biggest land transfer since Japan restored its rule over the prefecture in 1972.
According to the U.S. Embassy in Tokyo, Kennedy will leave office and return to the United States before Trump's inauguration on Jan. 20. (Kyodo News)