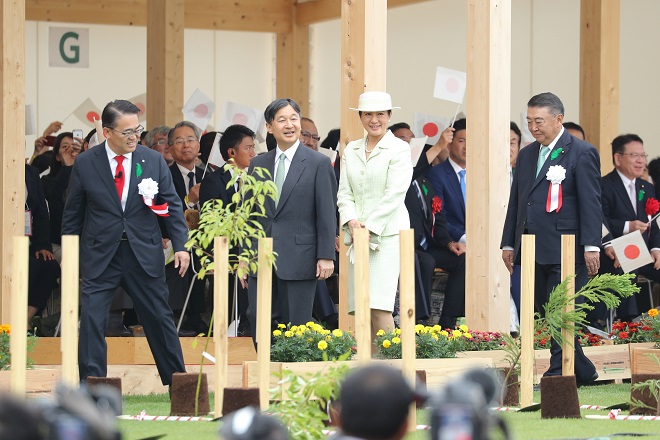 Tokyo- An annual national tree-planting festival in May, scheduled to be attended by Japanese Emperor Naruhito and Empress Masako, has been postponed by a year due to the coronavirus outbreak, it was announced Monday.

The postponement of the 71st festival, originally slated to take place in Oda, Shimane Prefecture, western Japan, on May 31, was announced by the National Land Afforestation Promotion Organization and the Shimane prefectural government, the cohosts of the event.

"It will be difficult to hold the event in its complete form as initially planned," Shimane Governor Tatsuya Maruyama told a press conference. "We'd like to promote sustainable forestry, which Shimane supports, to people around the country by holding it one year later."

The festival is one of the four major annual regional events attended by the Imperial couple. It is the first time for the festival to be postponed since it started in 1950.

The 72nd to 74th editions of the festival, scheduled to take place in Shiga, Iwate and Okayama prefectures following this year's festival, will each be pushed back by a year. Jiji Press