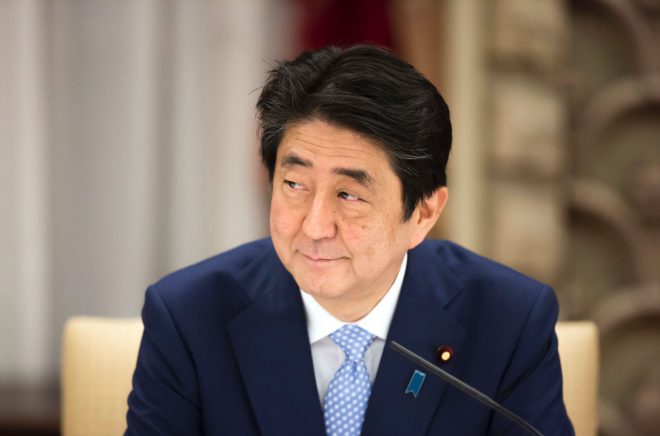 TOKYO- The Japanese government at a meeting of the National Security Council on Thursday confirmed its stance of taking all possible surveillance and precautionary measures amid heightened tensions over North Korea following its repeated nuclear and missile tests, and against any further provocations by the reclusive country.As the US administration of President Donald Trump has signaled that it will not hesitate to take military action against North Korea, Japan is bracing for a situation that could lead to the country exercising the right to collective self-defense under its national security laws that went into effect in March 2016. At a meeting of the House of Councillors Committee on Foreign Affairs and Defense on Thursday, Japanese Prime Minister Shinzo Abe warned that North Korea may now has the ability to fire missiles tipped with warheads containing the sarin nerve gas. "We must make North Korea realize that the country has no future if it keeps on challenging the international community," Abe said. "We'll take opportunities to apply pressure while having dialogue at the same time." He also stressed the importance of strengthening the Japan-US alliance's deterrence power and emergency response capability. At a press conference the same day, Chief Cabinet Secretary Yoshihide Suga said that North Korea is believed to have several facilities where chemical arms can be produced and to already possess a "considerable amount" of such weapons. Tensions over North Korea are growing also because the Trump administration has sent aircraft carriers to waters around the Korean Peninsula. In the event of a US military strike, North Korea could counterattack the United States and its allies, including Japan, observers said. Even if Japan is not directly under attack, it can defend US warships and intercept missiles targeting the United States in a situation, as stipulated by the security legislation, in which there is an explicit danger that could threaten Japan's existence following an armed attack on a country with close relations with Japan. In a situation that could have serious impacts on Japan's peace and security if left unattended, Japan's Self-Defense Forces can offer logistic support to the US military. The two countries' defense cooperation guidelines, which were revised in 2015, cite replenishment and transportation as part of such Japanese logistic support. Tokyo plans to study what it can actually do, based on a request from the US side. Japan also hopes to further strengthen cooperation between the SDF and the US military through joint exercises and other measures. The Japanese government is calling on the United States to hold prior consultations in case of a US military action against North Korea. The US side has shown understanding to the request. (Jiji Press)