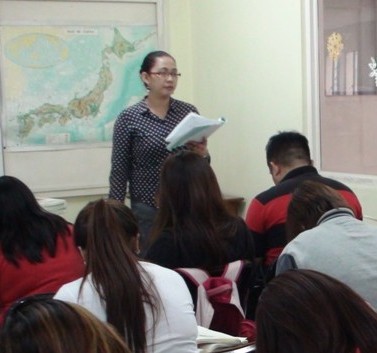 TOKYO- Japan's nursing care schools have seen a marked increase in foreign student numbers following a legal amendment making it easier for prospective caregivers to acquire resident status in the rapidly graying country.
The surge in foreign students training to become caregivers is a boon for schools in Japan, which faces a serious labor shortage in its nursing care sector, which has struggled to attract workers  willing to toil in demanding conditions for poor pay.
According to the Japan Association of Training Institutions for Certified Care Workers, comprising bodies including vocational schools and junior colleges, the number of foreign students nationwide has grown more than seven-fold from 34 in academic year 2011 to 257 in academic year 2016.
Under bilateral economic partnership agreements between Japan and Indonesia, the Philippines and Vietnam, prospective caregivers can only obtain resident status in Japan after at least three years of work experience and passing the national qualification exam in their fourth year.
But an amendment to the current immigration law, which was passed last year and will come into force this year, enables foreign students at nursing care schools to obtain resident status in Japan after being certified as caregivers by the state. (Kyodo News)