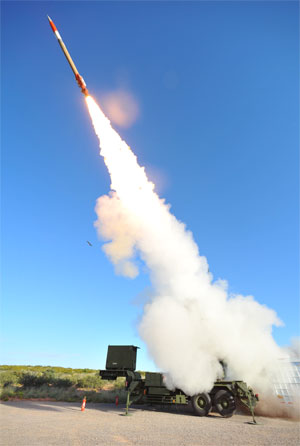 Tokyo- Japan's Acquisition, Technology and Logistics Agency said Saturday that it has successfully conducted a test of the Standard Missile-3 Block 2A missile interception system off Hawaii.
The Block 2A system, being developed jointly by Japan and the United States, is intended to shoot down short- and medium-range ballistic missiles.
Japan will mount the system on Aegis destroyers of the Maritime Self-Defense Force by fiscal 2021, apparently targeting missiles from North Korea.
In the latest test, the SM-3 Block 2A system mounted on a U.S. Aegis ship successfully intercepted a mock target launched from Kauai, one of the main Hawaiian Islands, shortly past 5 p.m. Saturday Japan time (8 a.m. GMT), said officials of the agency, affiliated with the Japanese Defense Ministry.
This was the first offshore test of the missile defense system, according to the officials. (Jiji Press)