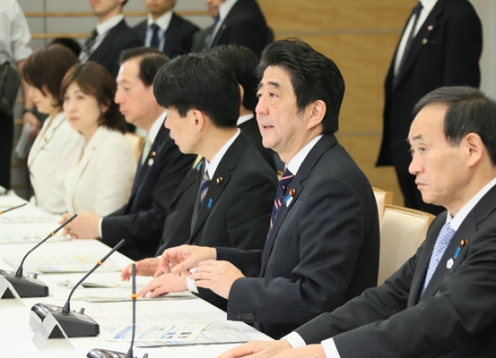 Japan to use remote isles as bases to guard territorial waters

TOKYO- The government on Friday adopted basic guidelines to utilize remote islands as Japan’s bases for guarding its territorial waters and carrying out natural resource surveys.

Under the guidelines, adopted at a meeting of its Headquarters for Ocean Policy, the government plans to preserve remote islands near its border and revive economic activities there.
Specifically, the guidelines include a program aimed at increasing job opportunities on such islands through new business promotion and other measures, in a bid to encourage more people to live there.
The government also said that of the 431 uninhabited islands near the border, it has nationalized 273 in 24 prefectures that did not have any owners.
The government hopes to manage remote islands in a stable manner, as China is increasing maritime activities.
“We must take a long-term, systematic approach to protecting our peace, security and maritime interests,” Prime Minister Shinzo Abe told the meeting.
The prime minister called for strengthening maritime security activities and measures against disasters for such islands.
The guidelines cover a total of 148 inhabited islands in 13 prefectures, including the island of Sado in Niigata Prefecture, central Japan, and the Oki island chain in Shimane Prefecture, western Japan.
To strengthen maritime surveillance and boost the capability of dealing with contingencies, the government will increase the number of Self-Defense Force troops stationed on these islands.
The government will also increase the number of patrol ships as part of efforts to prevent foreign ships from illegally entering Japanese waters.
To revive the economies of remote islands, the government set a goal of increasing the annual number of overnight visitors to the islands from 2.7 million at present by 900,000 over the next 10 years by providing information to foreign tourists. (Jiji Press)