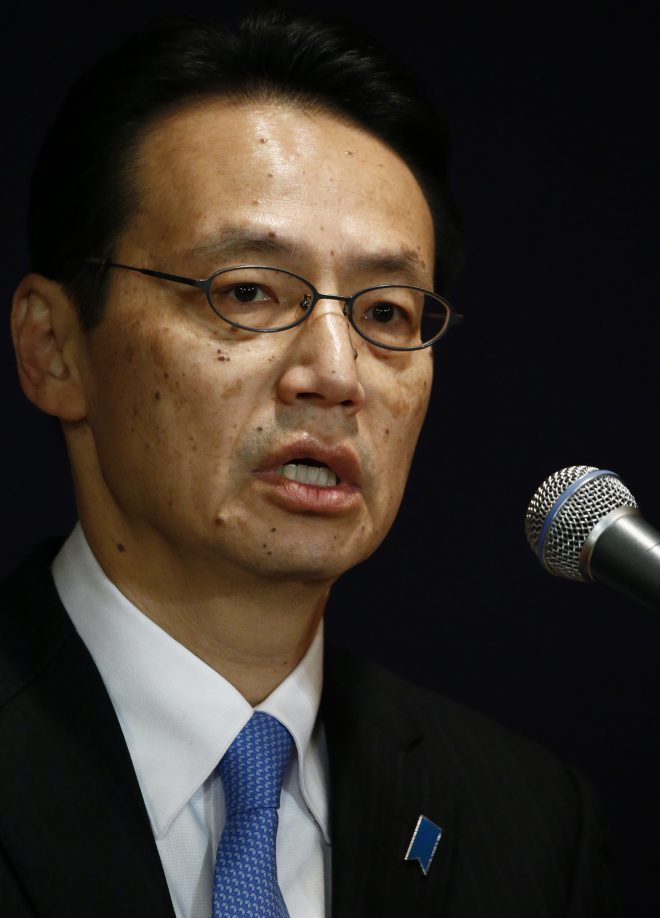 Japan to work with US, S. Korea to add pressure on Pyongyang

Tokyo- Japanese Foreign Ministry official Kenji Kanasugi has agreed with US and South Korean diplomats on the need to strengthen pressure on North Korea further following the country's latest ballistic missile launch.
In telephone conversations Tuesday, Kanasugi, director-general of the ministry's Asian and Oceanian Affairs Bureau, shared the view with Joseph Yun, US special representative for North Korea policy, and Kim Hong-kyun, South Korea's special representative for Korean Peninsula peace and security affairs.
The three officials also agreed that their countries will enhance cooperation even more by using such opportunities as the planned meeting of their top leaders to be held on the fringe of the Group of 20 summit in Germany from Friday.
North Korea claims to have succeeded in launching an intercontinental ballistic missile on Tuesday. (Jiji Press)