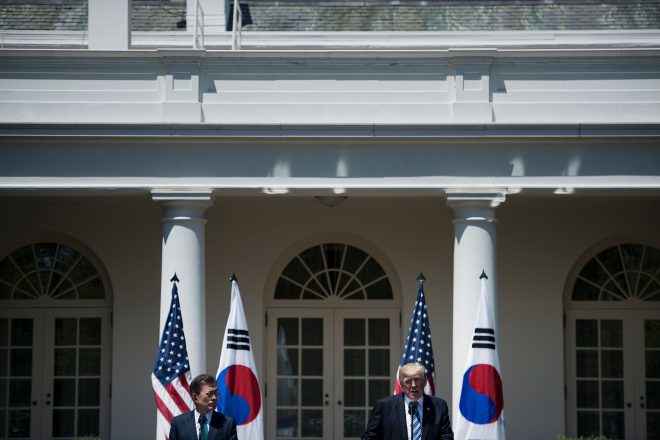 Japan, US, S. Korea to hold summit in Germany next week

WASHINGTON- US President Donald Trump and South Korean President Moon Jae-in said Friday they will hold a trilateral meeting with Japanese Prime Minister Shinzo Abe in Germany next week.
The meeting will take place on the sidelines of a summit of the Group of 20 major and emerging economies that will be held in the northern German port city of Hamburg on July 7-8, Trump and Moon said in a joint statement issued after their talks held at the White House.
The statement underlined the importance of cooperation among Japan, the United States and South Korea in order to strengthen deterrence and defense against threats from North Korea. (Jiji Press)