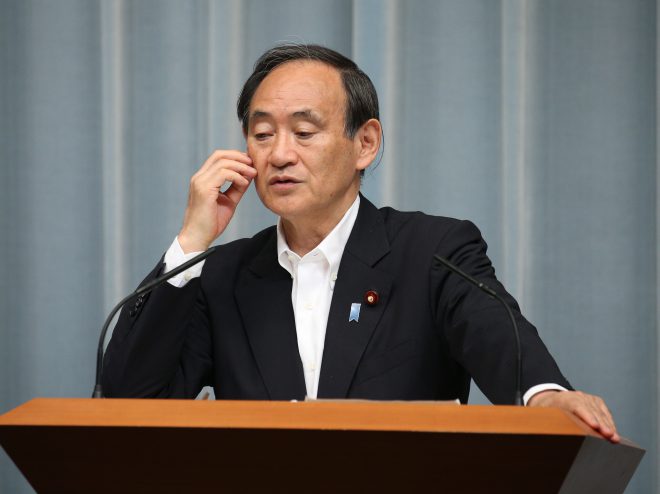 Tokyo- Japan and South Korea need to implement their 2015 agreement on the issue of comfort women, regardless of their domestic political situations, the Japanese government's top spokesman said Monday.
The agreement is "rated very highly by the international community," Chief Cabinet Secretary Yoshihide Suga told a press conference.
It is "the two countries' duty toward the international community to implement the agreement in a responsible manner," he said.
Suga made the comments when asked about the impact of the May 9 South Korean presidential election on the agreement.
In December 2015, Tokyo and Seoul reached an agreement to finally and irreversibly resolve their dispute over Korean comfort women, who were forced into prostitution for Japanese troops before and during World War II.
Suga expressed his country's readiness to establish a cooperative relationship with South Korea's next administration to address tensions on the Korean Peninsula. (Jiji Press)