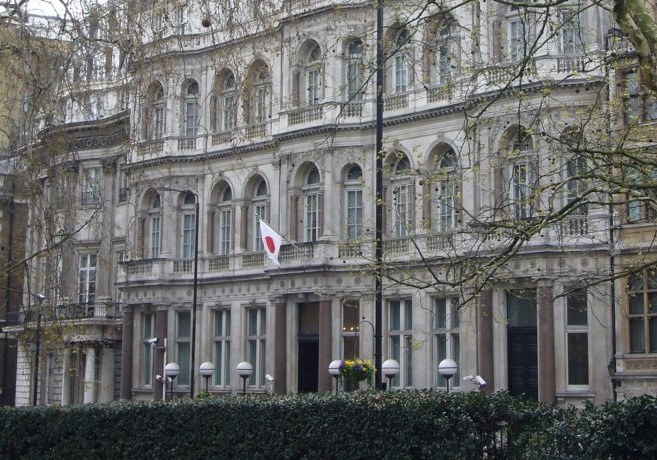 London- The Japanese Embassy to Britain remained silent one day after a detailed media report said that it had been paying a British think tank to propagate against China.
An official with the Japanese Embassy in London acknowledged on Monday morning that the Embassy had received an enquiry letter from Xinhua seeking confirmation and comments on the Jan. 29 The Sunday Times report.
But the Japanese Embassy has failed to reply so far.
The Times report claimed that Japan had been paying 10,000 pounds (12,475 US dollars) per month to a British think tank to hype up “China threat” among British high-level politicians.
It said that the Japanese Embassy in London reached a deal with the Henry Jackson Society (HJS), a registered charity, to wage a secret propaganda campaign against China.
A spokesman from HJS told Xinhua on Monday that the society works with organizations and governments in promoting liberal democracy, human rights and international security.
The spokesman refused to say whether the alleged financial deal with Japan is part of its efforts to promote democracy and human rights.
“We can never reveal specific details. Our position on this is well known and we will continue to support the values that free and democratic societies uphold,” the spokesman said.
British media said that the financial deal was reached in response to growing cooperation between China and Britain.
This weekend, the former British foreign secretary Malcolm Rifkind acknowledged that the HJS, founded in 2005, had approached him to put his name to an article published by the Daily Telegraph last August expressing concerns about China’s involvement in Britain’s Hinkley Point C nuclear plant.
The article, titled “How China could switch off Britain’s lights in a crisis if we let them build Hinkley C”, raised fears that “no one knows what ‘blackdoor’ technologies might be able to be introduced into the building of a power plant.”
The Sunday Times said Japan’s secret PR (public relations) war on China reflects Tokyo’s concerns about the “golden decade” of Sino-British cooperation.
The Henry Jackson Society (HJS) has not responded to Xinhua’s interview request. (Xinhua News)