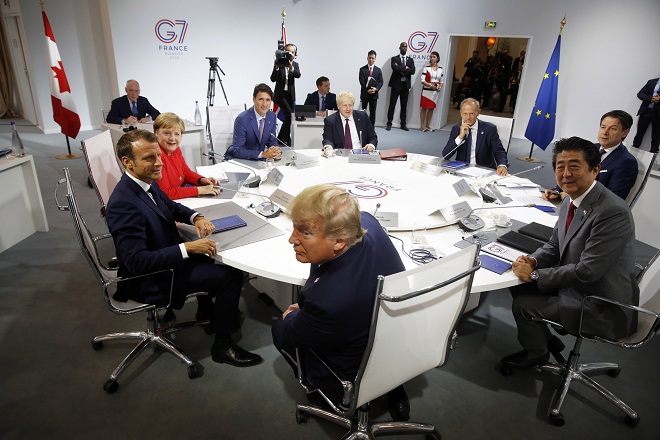 The four leaders again confirmed their cooperation to realize North Korea's denuclearization and resolve the issue of Japanese citizens kidnapped by North Korea decades ago.

At their meetings in Biarritz, the four agreed to work together for the success of the three-day G-7 summit, chaired by Macron.

They also discussed the situation in Iran, a key agenda item in the Biarritz summit. The four also exchanged views on the Japanese-proposed vision to realize a free and open Indo-Pacific region.