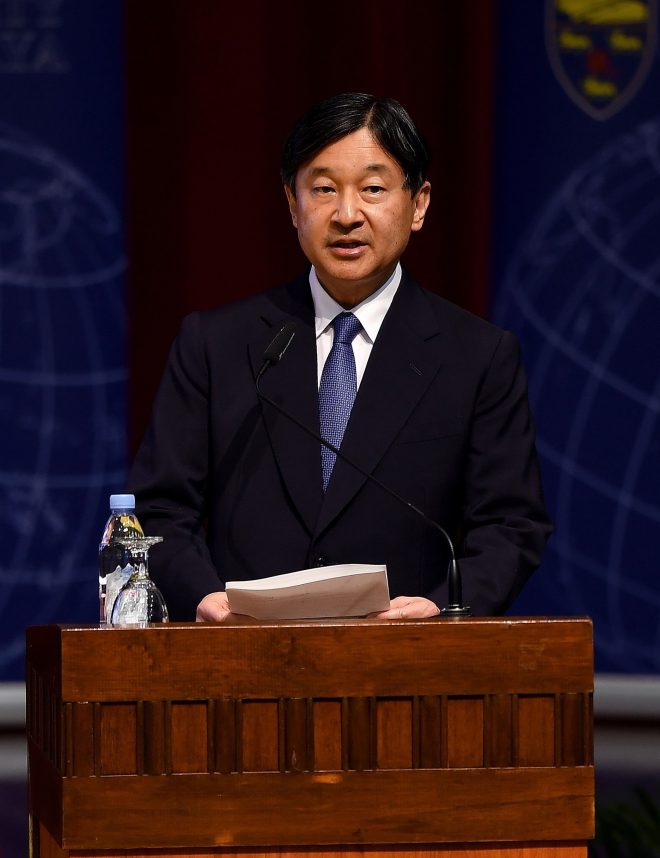 KUALA LUMPUR-  Japan's Crown Prince Na­ruhito, on an official visit to Ma­laysia, inspected a flood control tunnel in Kuala Lumpur, the capital of the country, on Satur­day. Built underneath a highway, the 9.7-kilometer-long Storm­water Management and Road Tunnel (SMART Tunnel) has three layers--the two upper lay­ers for motorways and the low­est layer for draining floodwa­ter. In times of heavy rain, the motorways are closed to all traf­fic to let stormwater from a nearby river pass through all three layers. The tunnel is also aimed at easing traffic conges­tions. In a speech at a special UN meeting in 2015, Crown Prince Naruhito, who studies issues re­lated to water, mentioned the SMART Tunnel. Crown Prince Naruhito also had lunch with Malaysian Prime Minister Najib Razak on Satur­day. At a meeting ahead of the lunch, Najib noted that this is the Japanese Crown Prince's first visit to Malaysia. In re­sponse, Crown Prince Naruhito said that he is happy to pay a visit this time. (Jiji Press)