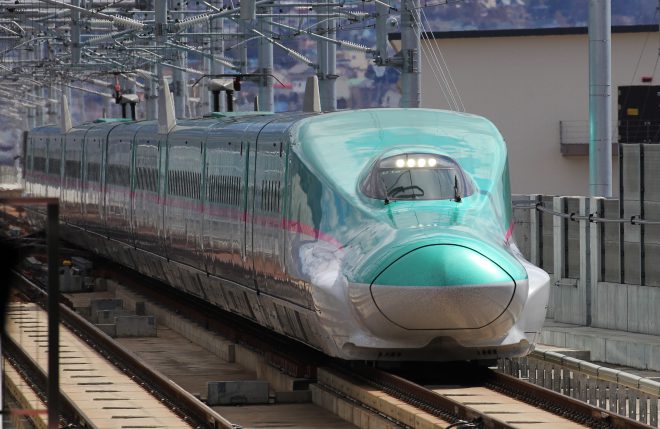 SAPPORO- Hokkaido Railway Co., or JR Hokkaido, needs regional support to maintain local lines, Osamu Shimada, president of the railway operator that serves the northernmost Japan prefecture, said.
JR Hokkaido faces two major issues, Shimada said in an interview as the company marked the 30th anniversary of its founding on Saturday.
It was born in April 1987 as one of Japan Railways Group companies as a result of the breakup and privatization of the Japanese National Railways.
Shimada said his company “faces and needs to tackle similar issues it had” when it was state-owned.
One of the issues is how to maintain transportation in areas where the number of users of local railway lines has plunged, he said.
“Local support is needed if such railway lines are to be maintained because this is costly,” Shimada said. Such efforts will not last long unless local people recognize that maintaining railway service is their own issue, he said.
“The other issue is that we have to reform loss-making operations as a private company amid tough business conditions, while it’s hard to win understanding” for such efforts, Shimada said.
Shimada noted that the number of passengers has declined gradually, not suddenly.
The company should have predicted the current situation, given depopulation, population concentration in Sapporo, the capital of Hokkaido, and the development of expressway networks, he said.
“We should have consulted with local people earlier,” he said. Referring to loss-making railway lines, Shimada said a decision needs to be made on who should shoulder the burdens of costly services. “Makeshift measures will only lead to serious problems in the future,” he said.
He added, “We have to discuss to what extent we can reduce losses before talking about cost allocations.”
Referring to the JNR breakup, Shimada said the state-run railway operator collapsed “due to irresponsible management stemming from dependence on the government.”
The breakup and privatization created companies that need to make decisions on their own instead of relying on the government and as a result boosted employee morale, he said. (Jiji Press)