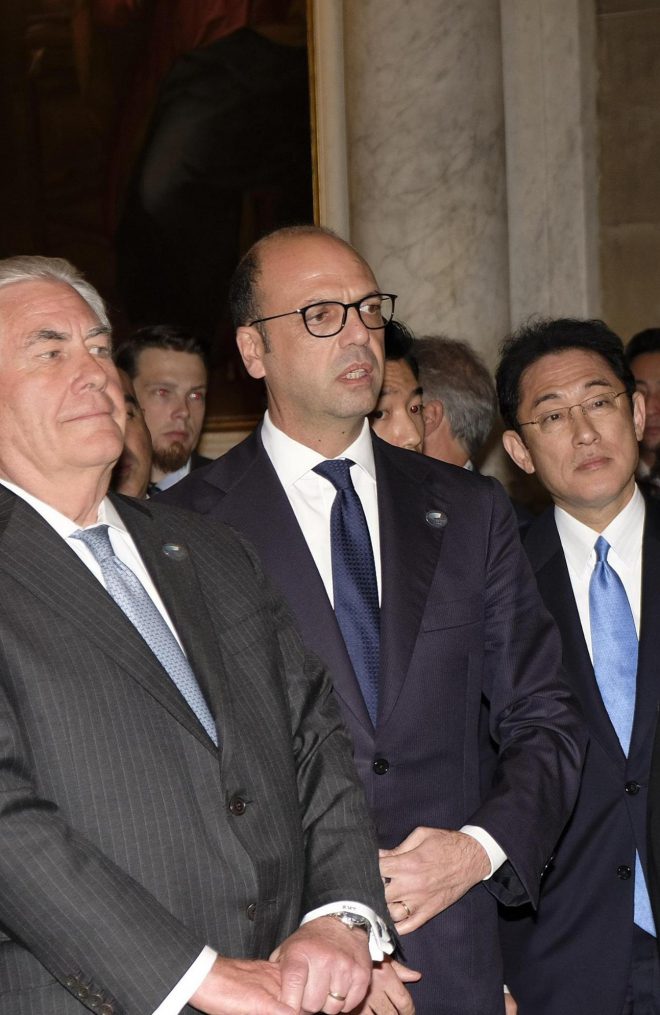 Lucca, Italy- Japanese Foreign Minister Fumio Kishida and US Secretary of State Rex Tillerson started talks in Italy on Monday to discuss the situation in Syria and North Korea's nuclear and missile programs.
On the US missile attack on an air base in Syria last week in response to the country's suspected use of chemical weapons, Kishida is expected to tell Tillerson that Japan supports the US government's resolve to fulfill its responsibility to deter the spread and use of chemical weapons, informed sources said.
Kishida and Tillerson are likely to reaffirm a policy of working together closely in dealing with North Korea's nuclear and missile development issue.
This was the third meeting between Kishida and Tillerson since the US secretary of state took office in February.
Their talks were held on the sidelines of a two-day meeting of foreign ministers of the Group of Seven major countries set to begin in Lucca, central Italy, later on Monday. The G-7 nations are Britain, Canada, France, Germany, Italy, Japan and the United States. (Jiji Press)